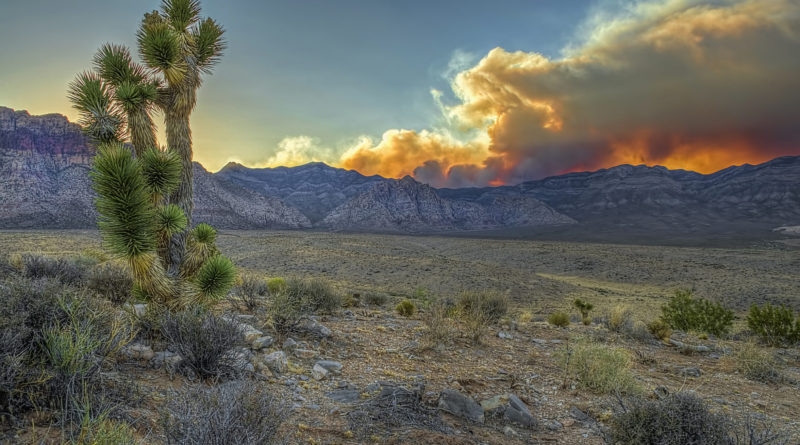 On Tuesday evening inside the Pahrump Nugget Hotel and Casino, about two dozen residents, motorists and environmentalists mingled with the very federal land managers they often find themselves challenging. It was one of seven meetings the Bureau of Management hosted this month as it continues to revise a plan for how federal lands are managed in southern Nevada.

The 1998 Resource Management Plan sets the rough boundaries for conservation, development and recreation for 3.3 million acres of federal land within Clark and Nye counties. BLM officials, charged with managing plans for multiple uses, have been working to revise the plan since 2008 but the process was put on hold in 2016 because of issues with local government and interest groups.

The Nye County Commission, in a resolution, called BLM’s original draft of the revision “repugnant.” Among the 30,000 comments BLM received on that draft, other groups expressed concerns that the revised management plan could open the land to more disturbance from energy developers.

In conducting the public meetings, the BLM is re-starting the process, asking the public for more input on four issues they will revisit. The BLM will give more consideration to what lands get special protection for threatened habitat, what lands are appropriate for renewable energy projects, what land should be opened up to recreation and what land can be passed on to local control.

“I’m happy that they re-opened it,” said Dan Schinhoffen, a Nye County commissioner, who voted against the county’s resolution. “I think we’ll all come away with a better plan after this.”

The issues might sound mundane, but they exemplify many of the tensions festering between local communities and interest groups over how land should be developed or conserved in a state where the federal government manages about 80 percent of it. Energy developers often want the BLM to open more land to large-scale projects. Conservationists want more land to be protected. Local governments often want more land transferred to local jurisdictions.

Even within those factions, there are debates about what the right balance is.

Kevin Emmerich, who co-founded Basin and Range Watch, said he would like to see solar development contained to already disturbed lands or rooftops. “Solar energy is important because it is carbon free,” he said. “But we think that it needs to be planned in a smart way.”

He said that the conservation group’s position is that there is not a need for more solar areas.

With the revision in the early stages, NRDC hasn’t taken a position on a particular pathway.

O’Shea said she supports an approach by which the BLM evaluates the lowest conflict lands and sets those aside for development, avoiding lands with critical habitat or cultural significance.

Whether the BLM can confine development to already disturbed land?

“That’s at the heart of discussions around large-scale solar,” she said.

Conservationists are also concerned that the BLM’s preferred plan could open up Clark and the southern part of Nye County to oil and gas leasing. The plan also outlines areas in which public land could be turned over to local jurisdictions for residential or commercial development.

“Our public lands are our shared national heritage, and we oppose large-scale public land sell-offs,” said Patrick Donnelly, the Nevada state director for the Center for Biological Diversity.

Other environmental groups say that “land disposals,” the term used for transferring land out of federal hands, should be used to fill in local boundaries and not used to expand urban areas.

Schinhoffen said the county would use land disposals for commercial development. He added that much of the opposition to the original plan stemmed from how the BLM wanted to manage water and how much land should be open to recreational uses like horseback riding and biking.

BLM expects to release a draft of the new management plan next year, according to a timeline at the Tuesday meeting. The federal agency manages about 67 percent of Nevada’s land, or 48 million acres, of which the Southern Nevada parcels represent a fraction. Plans for the regional management plan come as the federal government looks to expand its footprint in the region.

The Nevada Test and Training Range began public hearings on Wednesday on a plan to expand its roughly 3 million footprint by about 300,000 acres. Environmentalists are expected to oppose the plan next week to increase Department of Defense land at a public meeting at Aliante Hotel.

Cliven Bundy loomed over public comments on Tuesday night, exactly one week after a federal judge dismissed a case against him and his sons because of “flagrant prosecutorial misconduct.” Bundy defied the BLM for decades by ranching on public land without paying grazing fees. The conflict reached a peak in 2014 when a BLM action to impound Bundy’s cattle resulted in an armed standoff. Bundy continues to deny the BLM’s authority to manage land near his ranch by Butte National Monument, which is near Mesquite and falls within the Southern Nevada area.

Several speakers Tuesday night shared this sentiment. They cast the BLM as an out-of-touch federal agency that was too involved in what they said should be local management decisions.

“There is a lot of wariness now going on because of the BLM’s efforts against the Bundy family,” one commenter said to applause. “We feel that we are under assault, not under a relationship where we are managing this together.” A Pahrump resident said the plan was being imposed by urban elites: “One casino after another with irreplaceable charms and style and memory is leveled in the name of progress… Entire blocks of historic houses are being razed for a UNR campus expansion. Yet the rest of Nevada is a museum to be freeze-framed in perpetuity.”

“A lot of us would like to see more local control,” Schinhoffen said.

But Schinhoffen, who serves as Nye County’s liaison on the management planning, said it would be unrealistic to reject the BLM’s authority. The reality is that they manage most of the land.

“We have to work with them,” he said.

Gold Butte National Monument is being excluded from the revision to BLM’s Southern Nevada management plan. The monument, which the Interior Secretary recommended shrinking, will be addressed in a separate management process, according to the BLM. Some groups have argued that Gold Butte should have been addressed now because it falls within the plan’s boundaries.

“People think the desert is a vast empty space,” O’Shea said. “But in reality there are all these competing pressures and demands on the land… It’s a very complex job to balance them.”