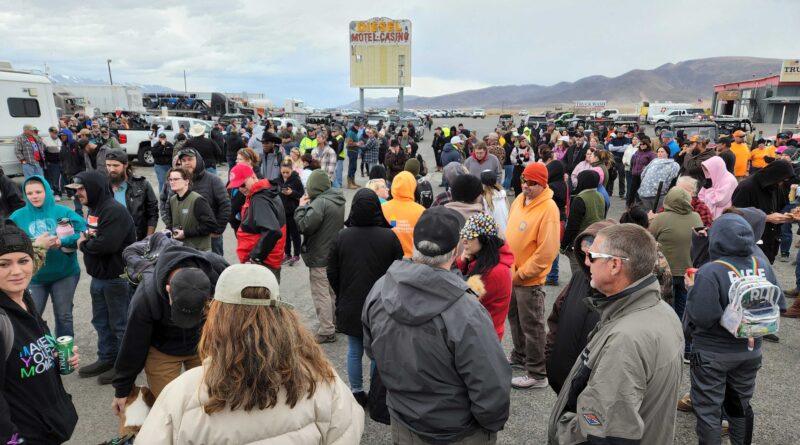 The outpouring of concern in the community over the kidnapping of Naomi Irion continued Saturday when about 500 volunteers turned out to participate in a search for anything that might help find out what happened to the 18-year-old by an unknown assailant in the Walmart parking lot early last Saturday morning.

Searchers met behind Terribles Casino and were divided into groups to search the desert area north and east of the Flying J Travel Center, all the way to Interstate 80 Exit 50. Searchers were hoping to find anything related to the case, and were instructed to look specifically for a gray hoodie, which the suspect captured on surveillance video was wearing, as well as truck tire tracks and an iPhone.

While most of what the searchers found was likely just trash, in an area where trash is often dumped illegally, searchers were instructed to tag and mark the location of anything they thought could be of interest, with deputies coming later to process any potential evidence.

The search was organized by the community, but members of Lyon County Search & Rescue were on hand to help. It followed other searches by the Lyon County Sheriff’s Office, FBI and Pyramid Lake Tribal Police in Wadsworth and other areas around Fernley.

A candlelight vigil has been scheduled for 7 p.m. Tuesday at the Out of Town Park.