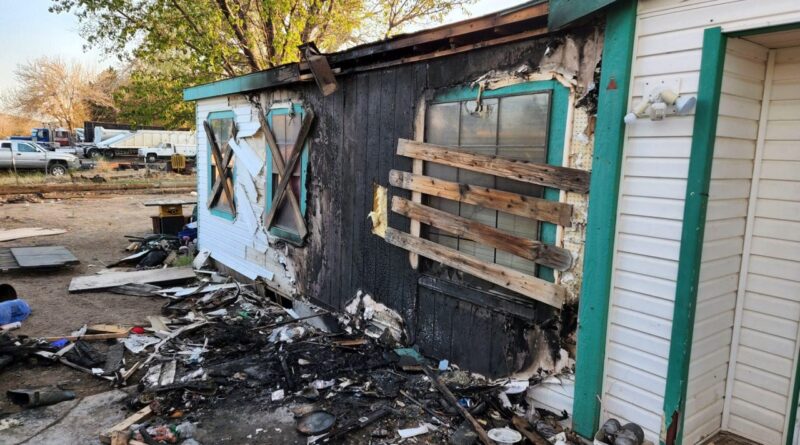 One person was displaced and the State Fire Marshal’s Office is investigating after a fire damaged a home on Villa Way Saturday evening.

North Lyon County Fire Protection District crews were called to a report of a house on fire at 905 Villa Way at 8:18 p.m. Saturday. Firefighters were on scene within five minutes and reported the exterior of a single-wide mobile home was on fire.

North Lyon Fire reported there were no injuries from the fire, but one person was displaced and is getting assistance from the American Red cross. The cause of the fire is under investigation, but at the time of the fire, Lyon County Sheriff’s deputies were at the scene responding to a domestic disturbance, and witness reported seeing someone throw some type of ignition source at the side of the house or in the yard and said that started the fire.