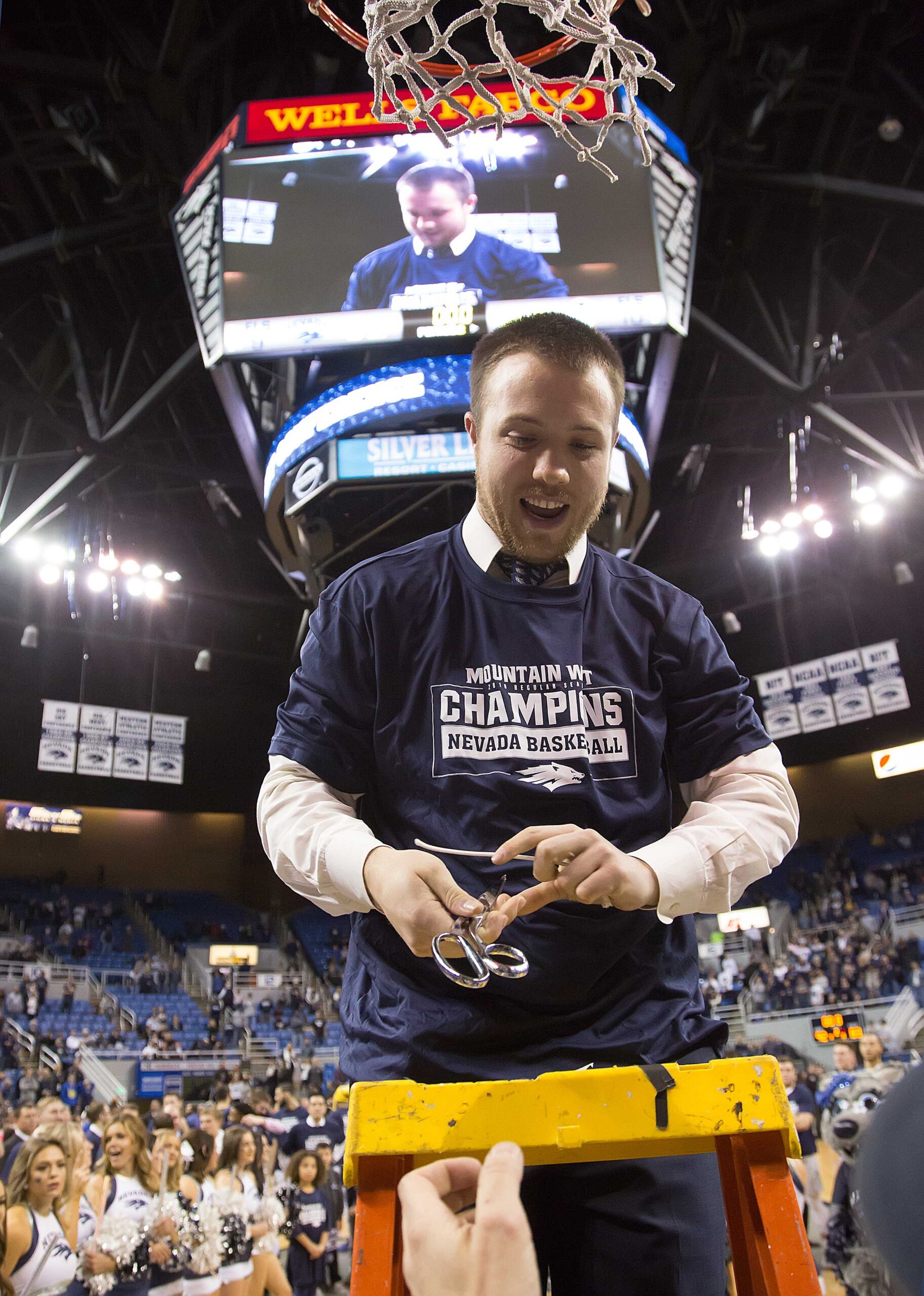 As the Nevada men’s basketball team was about to complete its comeback from a 22-point deficit to Cincinnati in the second round of the NCAA Tournament on March 18, 2018 at Bridgestone Arena in Nashville, Cade Knutson had one thought as he watched from his seat along the baseline on the Nevada bench.

It was likely the same thought most Wolf Pack fans were having at that moment.

Knutson was a graduate assistant coach under Eric Musselman on that Nevada team, following his 2016 graduation from Southern Oregon University, where he played after graduating from Fernley High School in 2012.

On the day he celebrated the signing of his letter of intent to play at Southern Oregon, Knutson said his goal was to become a teacher and a coach, like his father, Jeff, who was a head football coach at Moapa Valley, Boulder City and Fernley, and at that time was assistant principal and athletic director at Fernley.

Knutson has now realized that goal, as a health and physical education teacher at Fernley High, and most recently, when he was named the new head boys basketball coach, replacing Derek Miller, who stepped down after the Vaqueros’ loss to Boulder City last February in the semifinals of the 3A State Tournament in Las Vegas.

In doing so, he also made a prophet of Musselman, who is now head coach at Arkansas.

“Muss is incredibly unique in that he utilizes grad assistants, he calls them future head coaches,” Knutson said. “We were involved in every meeting. He allowed us to say things, he wants to hear our opinions.”

When he graduated from high school, Knutson faced the decision of whether going to play somewhere in college or going to a major program at a big school to be a manager would be a better path into coaching. He ultimately decided on the experience of playing, and that ended up helping land his first coaching gig.

One Southern Oregon assistant, Chris Schmerback, became head coach at Crater High School, and he offered Knutson the opportunity to coach with him.

Knutson saw sporadic playing time at Southern Oregon, toggling between being the second and third string point guard, and never established a to role play in every game.

“I felt like I played long enough to learn everything I needed to learn as a player,” Knutson said.

During Knutson’s last year at Southern Oregon, former Oregon player E.J. Singler, of Medford, Ore., the brother of former Duke star Kyle Singler, needed someone to work him out. That gave Knutson the opportunity to work one-on-one with a talented player, and turned out to be the perfect experience for his next gig.

Knutson had been accepted into the master’s program at Southern Oregon, where he planned on earning his teaching credential while coaching high school, when he found about an opportunity to be a graduate assistant.

He contacted USA Basketball, a program he was familiar with since his middle school days, and sent in his resume. He received a call from Ellis Dawson, the assistant director of basketball operations for USA Basketball, about an opportunity as a graduate assistant at Nevada.

“He gave me a 5-minute breakdown and I said I’m in,” Knutson said. “In this business it’s all about what kind of contacts you have. It could have look good my resume that I played.”

Knutson had first gotten involved with USA Basketball in seventh grade, when John Balistere, the head coach at Boulder City, arranged for him to attend a camp at Duke, where Balistere was friends with coach Mike Krzyzewski. He ended up going back to the USA Basketball camps every summer through high school.

“I was doing the coolest stuff, rebounding for Mike Hopkins (now the head coach at the University of Washington) and I’m seeing him run a shooting drill when I’m in 8th grade,” Knutson said.

Knutson said he soaked up all he could on how to run a program from Musselman.

As a graduate assistant, Knutson did everything off the court from running the team’s social media sites to arranging meals when the team was on the road, and on the court from working one-on-one with players and participating in making scouting reports. Which is why, when Nevada was making its comeback that day against Cincinnati, Knutson knew the Wolf Pack would win.

“To us they were a poor offensive team, and they came out and they couldn’t miss,” Knutson said. “We were down 22 with 10 minutes left, and coach told them you guys can win this game.”

Cincinnati made its first six shots and led 18-4 just a couple minutes into the game. Nevada trailed 65-43 at the under 12- minute timeout with 10:59 left in the game, and that’s when Musselman and his staff decided to start trapping Cincinnati’s point guard, forcing somebody else to make a play. Nevada immediately went on a 10-0 run to cut the lead to cut from 22 to 12 in less than two minutes, and Josh Hall ultimately completed the comeback with the winning basket on a short jumper with 9.1 seconds left after grabbing an offensive rebound from a Cody Martin miss.

“When you get to a point that it’s tied up or close after a comeback, the sense in the huddle is there’s no way you can lose that game,” Knutson said.

After that 2018 season, Knutson faced another decision, whether to use his teaching credential and start teaching and coaching in high school, or look for opportunities in college.

As it turns out, he became an assistant to Miller at Fernley and coached the freshman team, and now has the reins to the program.

Now the brings the lessons he learned in just about every role you can have as a player and coach. He was a four-year star player at Fernley, graduating with a career average of 15.9 points per game, but he was a backup in college. As a coach he’s worked one-on-one in skill development, as an assistant on the bench, and as the head coach of the freshman team.

Throughout his two years at Nevada, where Knutson worked closely with assistant coach Dave Rice for his first year and Jonny Jones for his second, he watched as much film as he could, and took notes on his laptop while the coaches were telling stories. From all those experiences, he’s molded his own philosophy on how he wants to run a team, and a program.

“I think I’ve been groomed from such a young age, from my dad, John Balistere, from my freshman year at Fernley, I got to be around real good coaches,” Knutson said. “I would write down stuff, what this instilled in me. I knew I like this about it and don’t like this. So when I’m a coach, I’d be a hypocrite if I’m doing what I said I hated.”

Instead, he’ll be doing what he loves, and what he’s always wanted to do.

“Coaching high school, I’ll never work a day in my life,” Knutson said. “My dad was a head high school coach and I grew up admiring everything he did.”