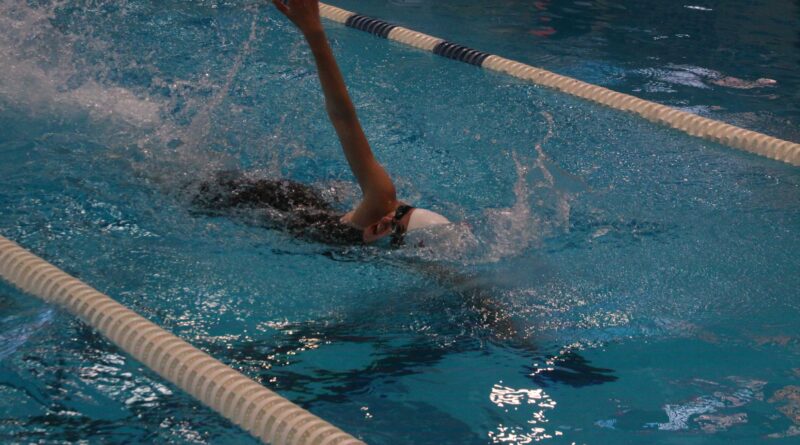 The Fernley High School swim team had five boys qualify for this weekend’s 3A State Championship Meet, by placing in the top four of their events at the Northern 3A Region Meet at the Carson Aquatic Center last Saturday.

Caleb Mortenson and Brodie Garrett set school records in qualifying for individual events, while the Vaqueros also qualified in the 200-yard medley relay and the 400 freestyle relay.

For most of the team’s swimmers, it was a good finish to what has been a good season, coach Matt Adamson said, while the five swimmers moving on this week will be looking to top last weekend’s performances.

“You always wan tot swim your best right at the end of the season,” Adamson said. “We’re bringing five this week to go to State. That’s pretty good four our little team.”

The Vaqueros had only 15 swimmers this season, down from 24 last year, and most of those were freshmen and seniors. Adams said he believes the Covid-19 shortened seasons kept more swimmers from coming out for the team the last two years, adding that many other teams are in similar situations.

“We’re a little smaller this year, but we’ve got a good, strong group of freshmen.

Two of the juniors the team does have, Caleb Mortenson and Brodie Garrett, were the two individual State qualifiers. Mortensen set a school record in the 50-yard freestyle, 23.40, to place second. Garrett placed fourth in the 100 freestyle with a school record time of 53.49.

The Vaqueros also qualified for State in two relays. In the 200 medley relay, swam by Zach Schaeffer, Mortenson, Brodie Garrett and Brady Garrett, who finished fourth in a time of 1:53.66. In the 400-yard freestyle relay Fernley finished third with a time of 3:47.58, with the team of Brodie and Brady Garrett, Mortenson and Sergio Potillo.

As a team, the boys finished fifth, while the girls finished eighth.