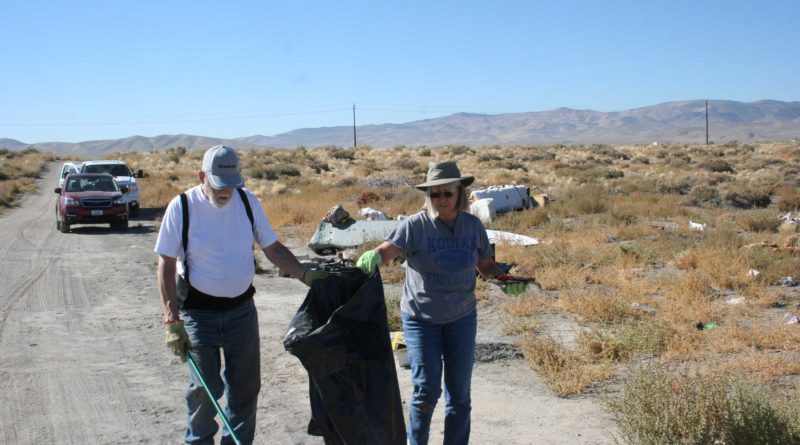 The Carson City office of the Bureau of Land Management, the California-Nevada Chapter of the Oregon-California Trails Association and the Fernley Rotary Club will host a National Public Lands Day for the 22nd annual clean-up of the Fernley Swales this Saturday, Sept. 24.

The Fernley Swales are the only deep sand swales on the entire California National Historic Trail. The swales are a long U-shaped dip in the landscape, made by thousands of emigrant wagons and oxen in the 1800s, including the Donner Party in 1846.

Adjacent to the trail is the original route of the transcontinental railroad which became the Nevada Highway Route 1 in 1903 and later became the Victory Highway.

The cleanup is from 9 a.m. to 1 p.m. Cleanup groups will meet along the dirt road just past Mission Way, the road to the Veterans Cemetery, north of Terrible’s Casino and Truck Stop.

Trash bags, tools, gloves, and a clean porta-potty and hand wash station will be provided. Volunteers should wear long pants, sturdy boots and long-sleeved shirts and bring lunch or snacks and water. Volunteers will receive a National Public Lands Day T-shirt and a free entry pass for National Parks and other public land sites.

The Fernley Chapter of Desert Pigs and Olcese Waste Services is also partnering with the event,