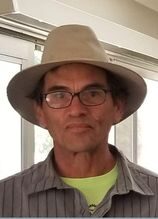 The family of a Fallon man who has been missing for nearly a month is desperately looking for answers.

Casey White, 65, was last seen leaving his home in Fallon on July 25 or 26. He was on his motorcycle, a 2011 Harley-Davidson Super Glide, white pearl in color. His last known location was the Derby Dam Exit 36 on Interstate 80. His motorcycle was found there on July 29 or 30, and was towed on Aug. 3.

He shaved his head since the attached photo was taken, so he would be bald.

Any information someone may have to help find him is desperately needed. Contact Churchill County Sheriff’s Office at (775) 423-3116.