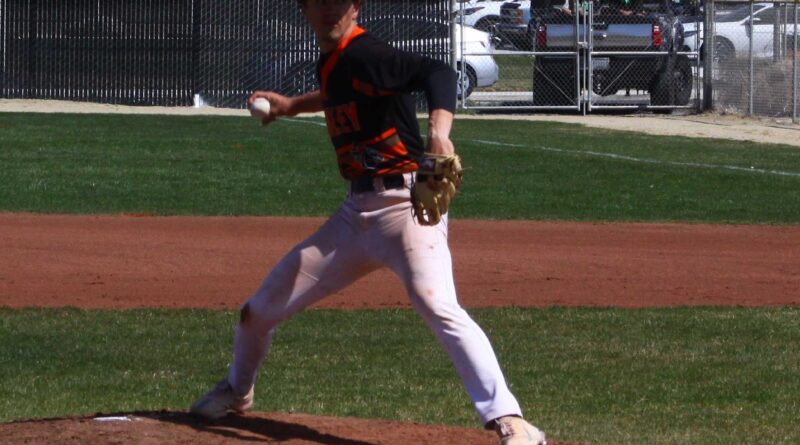 Fresh off a dominating three-game sweep over Dayton last week that kept them in first place in the East Division of the Northern 3A, the Fernley High School baseball team will try to stay on a roll in a key three-game series this weekend at home against Spring Creek.

The Vaqueros bring a 10-3 league record, 13-5 overall, with them to face Spring Creek, but hold just a one-game lead over second-place Fallon, which kept pace with its own sweep of Elko last weekend.  Spring Creek comes to town in third place, with a 9-6 record in league play, and 11-9 overall.

The first game of the series is a single game Friday at 3 p.m., with a doubleheader Saturday at 11 a.m.

The Vaqueros thoroughly dominated last weekend’s series, beating Dayton 17-2 on Friday and 12-2 and 14-4 on Saturday.

“Our pitchers are still killing it, our hitting is getting better, and we’re doing well,” coach Stan Pryor said.

Saturday will also be Senior Day for the Vaqueros, the last regular season home games for the team’s six seniors, who are playing like they want to earn some more home games, when Fernley hosts the Northern 3A Region Tournament and the 3A State Tournament in May.

“Our seniors are our leaders right now, and they’re showing it,” Pryor said.

In the first game of Saturday’s doubleheader, the Vaqueros turned a 5-2 lead into a blowout with a 7-run fourth inning. Brandon McCullar’s two-run triple was the big blow in that inning.

In the finale, the Vaqueros scored 11 times in the bottom of the second inning to take control of that one and cruise to the sweep. Austin Hobson had a two-run double to finish off that rally, which was fed by four errors, a couple of walks and a passed ball by Dayton, along with four singles and two doubles by the Vaqueros.