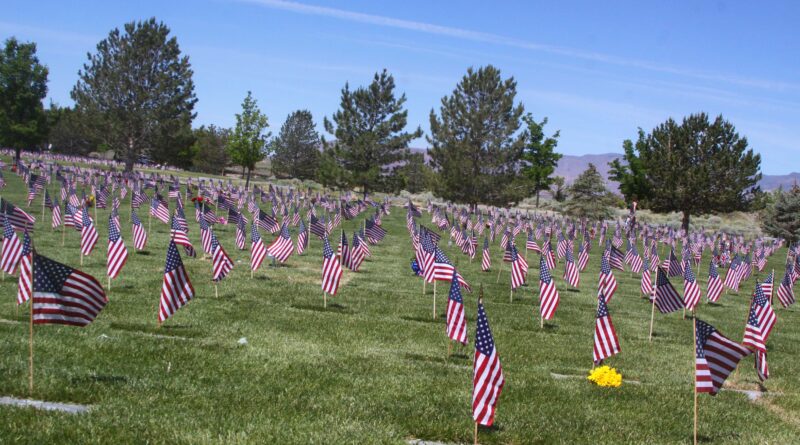 With a bucket of flowers and her two children in tow, Kristen Wright stepped from grave to grave last Monday morning, following the conclusion of the annual Memorial Day Ceremony at the Veterans Memorial Cemetery in Fernley.

At each grave they visited, Wright handed her son, Lane, 7, and her daughter Payson, 5, a flower, and had the children read the headstone before placing the flower on it.

Wright, who made the trip to the cemetery from her home in Cold Springs, said it’s her way of teaching her kids what Memorial Day means.

“I bring them out every year because I feel like our newest kids don’t know what Memorial Day is, and I want them to,” she said.

Wright and her kids were among hundreds who wandered through the cemetery before, during and after the ceremony. Many were there to visit the resting place of a loved one, while others, Like Wright, had no personal connection to any individual, except gratitude for service and sacrifice.

Congressman Mark Amodei served as the keynote speaker for the ceremony, and in his short remarks, said everyone, whether they served themselves or had loved ones who did, share a connection on this day each year,

Amodei also said the number of veterans who have served this country is getting smaller each day.