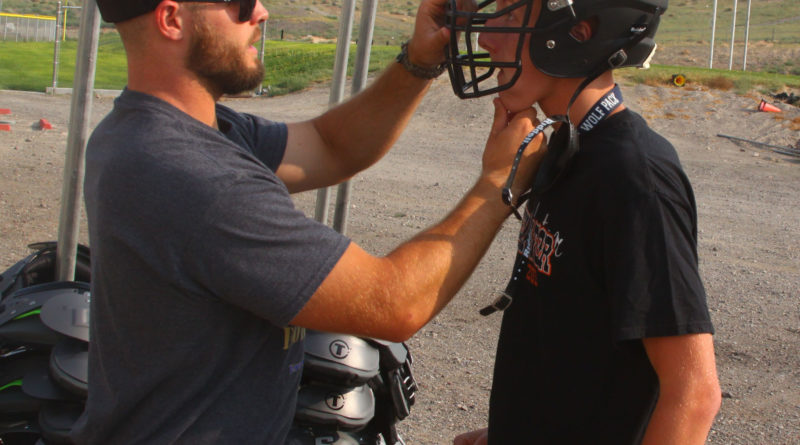 Ordinarily, a football team defending a league championship might not have a heightened sense of urgency as it takes the field for its first practice.

Unique circumstances make it a much different situation for this year’s Fernley Vaqueros.

The Vaqueros began practice last Wednesday with a four-day heat acclimation period, before donning helmets for Monday’s practice. Thursday, they will practice in pads for the first time.

But each time they hit the field, or when smoke conditions force them into the gym, August 18 looms large. That’s when the Vaqueros will face one of their toughest tests of the season, in the first game of the year.

In fact, the day after Lyon County students return to the classroom Aug. 30, the Vaqueros will play their third game.

In addition to opening the season a week earlier than usual, without a scrimmage, the Vaqueros open the season at Truckee, the team they defeated in their first playoff game last season and which is expected to be a strong contender for this year’s Northern 3A title. This year’s nonleague game, against (San Francisco, Calif.) Sacred Heart Cathedral will be the second week of the season, on Aug. 24.

That’s why Ward has put an extra emphasis not just on these two weeks of practice, but on the entire summer conditioning program and the Eastern Oregon University camp hosted in Fernley in June.

The Vaqueros used much of that time to work on installing their base offense and defense, to the point that Ward said they are ahead of where they were at the beginning of practice last season, despite the loss of most of their starting lineup on both sides of the ball. 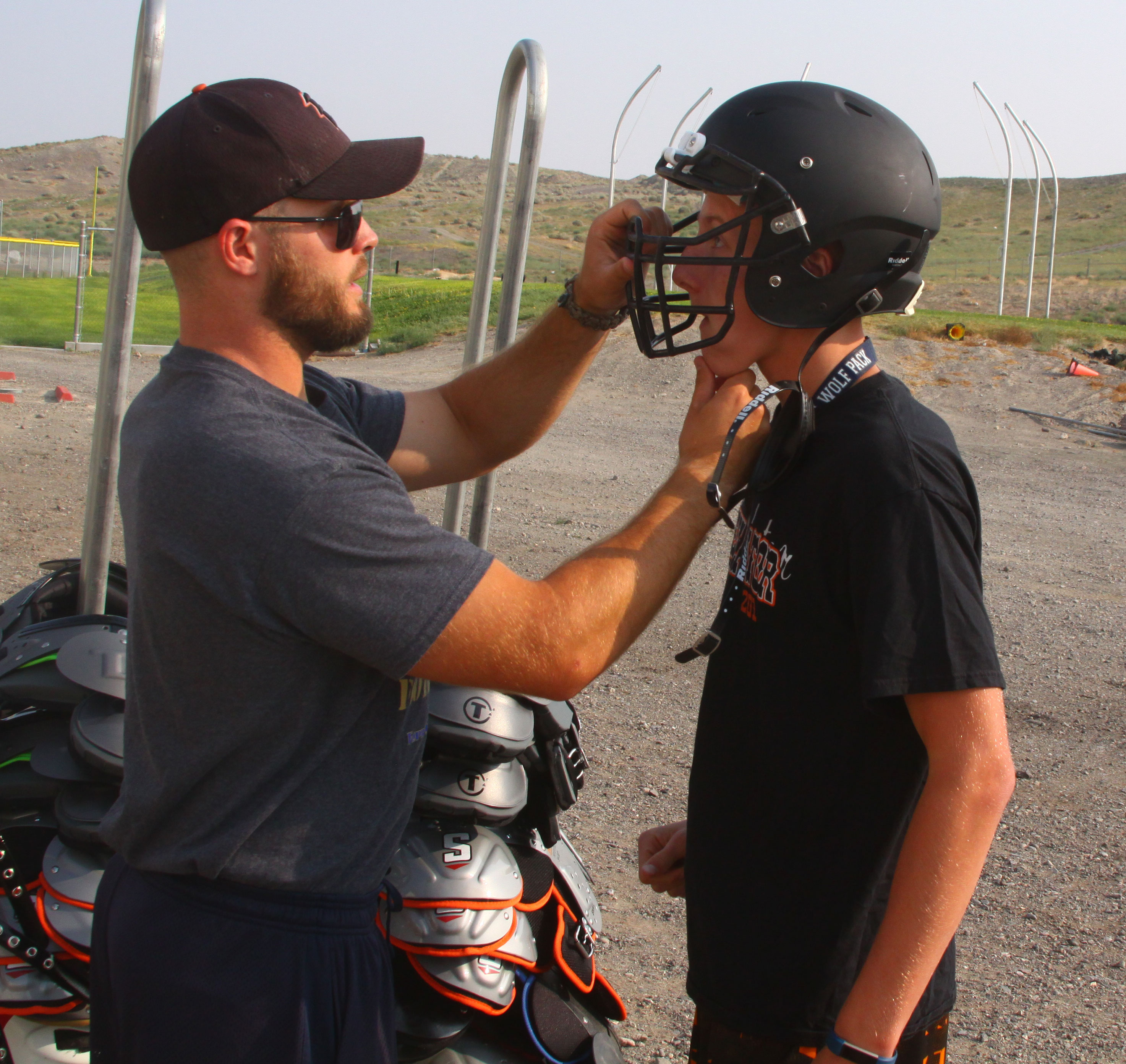 But despite having open competition for many starting positions, Ward said the coaches didn’t want to make those decisions during the summer, when many players were absent from some workouts because of other commitments.

And, with no scrimmage, the coaches won’t have the benefit of seeing how players handle game situations against an opponent before deciding on potential starting lineups.

A total of 84 players turned in paperwork, were assigned equipment and lockers and took Impact concussion baseline tests and drug tests before beginning practice last Wednesday. Ward expected several more players to trickle in, and said the team usually picks up a handful of freshmen the first week of school, although this year, because players must practice at least 10 days, anyone coming out after school starts wouldn’t be eligible to play until at least the fourth game of the season.

The position battle that will receive the most attention is at quarterback, where senior Cooper Henderson is battling junior Miles Steele. Henderson played slotback last year and was the team’s backup quarterback, while Steele was the quarterback on the JV team. No matter who wins the starting job, Ward said both must be ready to play because of the demand the Vaqueros’ flexbone offense puts on the quarterback to make decisions.

“They both have strengths and weaknesses, and I think they’ll tell you about that, but we’ve got to have two anyway,” Ward said.

Because they spread rushing and receiving duties among many players, the Vaqueros return several players who played significant roles last year, and add a few newcomers as well. There are several players competing for spots on the offensive line, as well.

“Our skill guys I think are pretty good, and I think we’ll put together a good offensive line,” Ward said. “We do have size, and with that size we’ve got to develop work ethic.”

The Vaqueros will have almost as much change on the sideline as they do on the field.

Offensive coordinator Eddie Martin, a Naval officer who had been stationed at NAS Fallon, has been transferred back to the Washington D.C. area, so Tony Wilson is stepping in as offensive coordinator. Martin, however, still has access to the team’s Hudl account and remains in regular contact with Ward and the other coaches to offer his expertise in the team’s offense.

All of this change and a tough opening game is why Ward and the Vaqueros feel such a sense of urgency to be ready August 18, and why Ward worries that being forced to practice in the gym because of unhealthy air conditions.

“That’s why I’m kind of worried about smoke,” he said. “If Truckee beats us because they’re better than us, I can deal with that.”