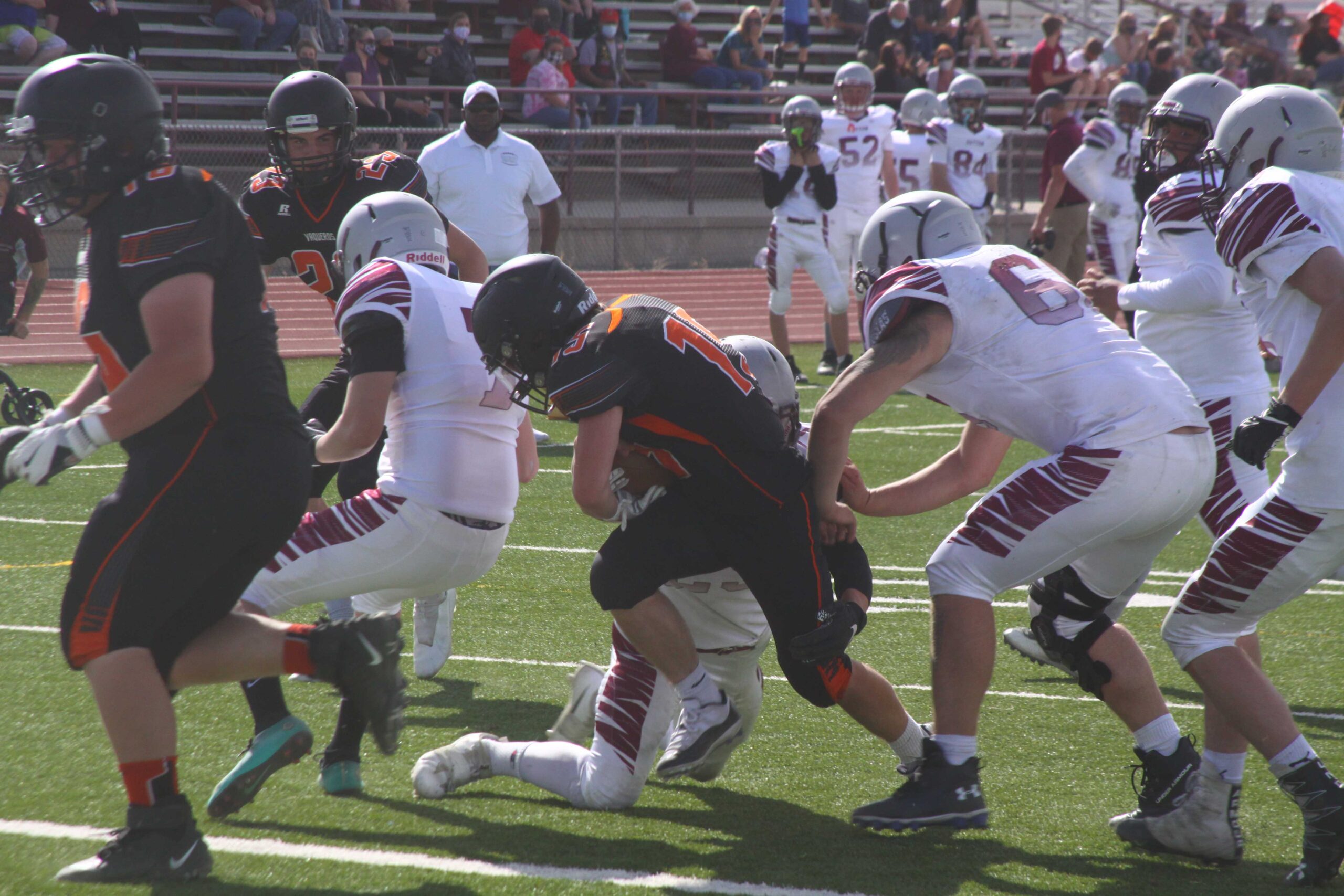 After an offseason that lasted 15 months, the Fernley High School football team finished its shortened spring season after five weeks with a 54-6 win at Dayton last Saturday.

With the season scheduled for six weeks, the NIAA left open the possibility of a one-week playoff series or bowl games, but coach Chris Ward said the sixth game fell through, although he declined to discuss why.

While disappointed not to have another game, Ward said the Vaqueros were satisfied that they met their two goals for the season – to give their seasons one last chance to play a few games, and to launch their preparation for a full season next fall.

“They been doing a lot of practice for a long, long time,” Ward said. “I think it was time.”

In Saturday’s game, the Vaqueros came out looking to make quick work of the DustDevils.

After a sack and fumble ended a promising first drive, the Vaqueros exploded. Julian McIntyre took an option keeper 85 yards untouched for a touchdown, then after an onside kick, he took another keeper 43 yards for his second score and a 14-0 lead.Kyle Jones added a 9-yard touchdown and Anthony Thompson romped 37 yards for another, and the Vaqueros led 30-0 at the end of the first quarter.

The defense was equally dominant.

Dayton scored its touchdown on a 71-yard pass on the first play of the second quarter, after managing minus-9 yards on its first two drives. But despite substituting liberally the rest of the way, the Vaqueros held Dayton to just two first downs and 48 total yards on its 10 other possessions.

Before the game, Ward said he was happy to see Dayton playing again, after some difficult seasons culminated in not fielding a team last year.

“The fact they’re playing again is impressive after what they went through the past couple years,” he said, “It takes a lot of guts, especially if you’re an upperclassman.”

Aside from getting many young players in the game, the Vaqueros also gave a special treat to some of their seniors. David Sisneros, who was a running back until moving to offensive tackle this season, got a couple of carries at running back, running in for a two-point conversion and then later a 33-yard touchdown run. Tucker Hall, who is most accomplished as a linebacker and plays offense when the Vaqueros use a tight end, got some time at running back and ran for 30 yards and a touchdown on five carries.

“It was just to make sure they all have some pretty good memories,” Ward said. “We wanted to come out right away and take care of business so we could do that kind of stuff.”