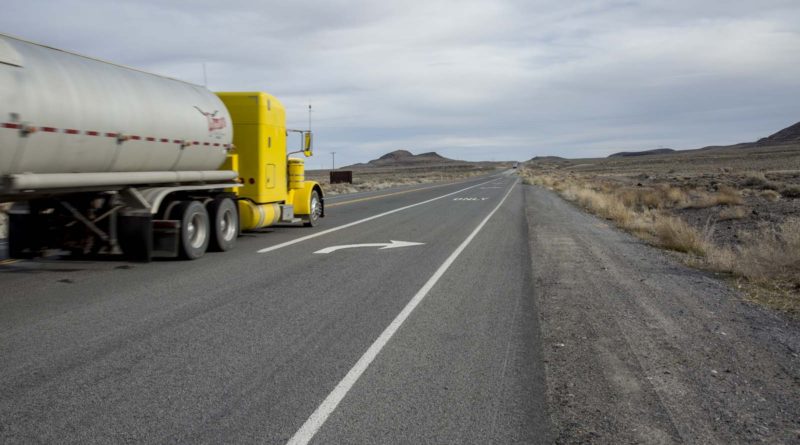 Governor Brian Sandoval announced Wednesday that U.S. 95 south of Fallon will be closed this Thursday, March 9 through Friday, March 17 as the Nevada Department of Transportation installs additional drainage culverts to help protect the roadway during monumental local flood mitigation efforts. This closure will allow the prospective contractor to expedite the most cost effective and timely solution to try and avoid potential flooding of the highway and City of Fallon.

“The controlled release of floodwaters into Carson Lake is an important strategy to limit flooding for residents and businesses in Fallon,” said Governor Brian Sandoval. “There are as many as 3,000 vehicles traveling this section of U.S. 95 every day so it is important to do as much preventative work as possible to try and avoid significant flooding when the water is released from Lahontan Reservoir. State, local stakeholders and emergency management officials will continue to work closely together to do all possible to keep this important transportation link open and safe for drivers.”

Beginning as early as 10 a.m. Thursday, March 9 through approximately 5 p.m. Friday, March 17, U.S. 95 will be closed between State Route 120 (Pasture Road) south of Fallon and Schurz as construction crews reinforce the road in preparation for floodwaters being diverted from Lahontan Reservoir. Drivers are advised to use other north-south routes as noted by more than 20 posted detour signs.

To help prevent potential flooding in the City of Fallon following historically heavy winter precipitation, the Truckee Carson Irrigation District, in coordination with the U.S. Bureau of Reclamation, Churchill County and the City of Fallon, are releasing water out of Lahontan Reservoir. Some of the water is being diverted through the V-Line Canal to Carson Lake Sink and other natural land basins on both sides of U.S. 95 directly south of Fallon. Flood waters are projected to surround the highway in the Carson Lake basin area through the spring and summer.

Following announcement of the local flood mitigation plans, NDOT worked quickly to reinforce U.S. 95 for driver safety. Twelve six-foot-by-four-foot box drainage culverts will be added to the existing ten roadway culverts to help channel floodwaters underneath the highway to the Carson Lake sink. The improvements will also help reinforce the highway against potential flooding in future years.

NDOT will monitor the U.S. 95 roadbed for any impacts created by the standing roadside water. Lower speed limits and prohibitions for large commercial vehicles could potentially be put in place if necessary for driver safety. Preliminary floodplain analysis has been conducted, and long-range weather forecasts evaluated, but there is also potential that future storms or rapid spring snow melt-off could cause storm water to flow over and temporarily close the highway.