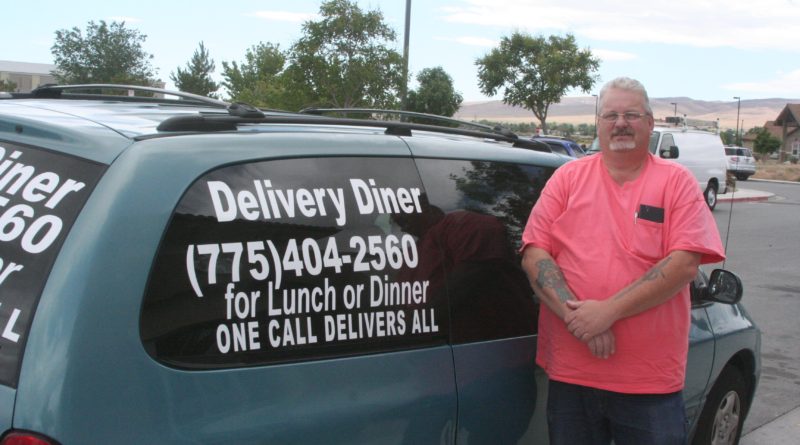 When Richard Cameron moved to Fernley in 2007, one of the first things he noticed was that there were only three restaurants that offered delivery.

It wasn’t until after he lost his job four years ago he decided to do something about it.

Cameron is the owner of Delivery Diner, a pickup and delivery service he started on March 1, 2013, after he’d been unemployed and unable to find a job for about a year.

“Where we lived before (Fairfield, Calif.), they have a service called Takeout Taxi,” Cameron said. “We were saying it would be good to have that service here, but never did anything. One day this little voice said ‘You’ve started a business before, just go do it.’”

“About the seventh or eighth month, it started to pick up and by the end of the first year it was doing well,” Cameron said. “It’s something this town needed and was missing, and yet I know tons of people in town still don’t know about it.”

For a delivery fee as low as $5, Cameron will pick up almost anything and deliver it, whether it be a meal ordered from a restaurant, a grocery list, or even a couple of times, he said, a case of beer for someone who ran out and didn’t want to get a DUI.

“As long as it’s legal,” Cameron said. “It doesn’t necessarily have to be food. As long as it fits in the van, we’ll get it down.”

Cameron has gotten busy enough that he has recently decided he needs a scheduled day off, so he no longer delivers on Sundays. He recently announced new hours of 9 a.m. to 9 p.m., Monday through Saturday. He is closed on major holidays.

Most of his business is in Fernley, Cameron said, but he has occasionally delivered to Nixon, Silver Springs, Reno or Fallon.

Deliveries can be scheduled in advance, or called at the time of the order, and Cameron said he always tries to let people know when they call if he has deliveries scheduled ahead of them.

“I want to make sure they’re happy and get what they want, and get it in a timely manner,” he said.