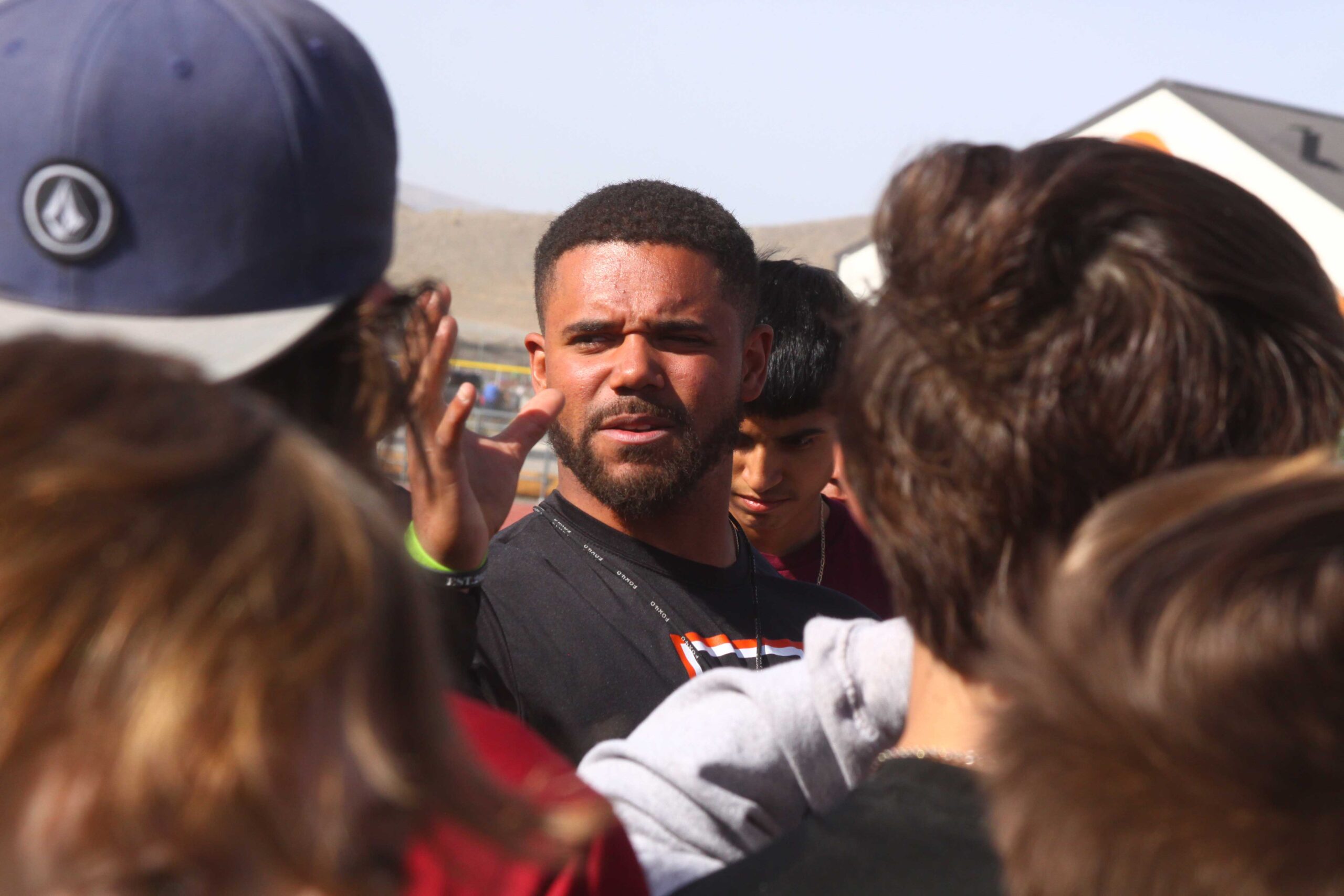 As Chris Ward was preparing for his third year as head coach of the Vaqueros in 2012, the seventh game on the schedule, at Truckee, stood out like a sore thumb.

Truckee had beaten the Vaqueros twice the year before, 56-19 in the regular season and 34-14 in a playoff game, and hadn’t lost a game since the 2008 state championship against Moapa Valley. But what specifically weighed on Ward’s mind was that Truckee had a linebacker, Erik Holmer, that Ward knew the Vaqueros couldn’t block.

Ward’s search for a solution wound up becoming the key to his tenure as Vaqueros head coach, the programs identity, and ultimately, the biggest reason the Vaqueros won the 2019 state championship.

Now, after 12 seasons at the helm of the Vaqueros, Ward has ceded command of the program to one of the players who was a key member of that 2012 team that just so happened to hand Truckee a 7-0 loss, ending the Wolverines 41-game winning streak one game shy of tying the state record.

Ward’s legacy at Fernley will be that he took a perennial playoff contender and turned it into a champion.

Taking his place as head coach is Anfernee Sloan, who graduated in 2014, then played and coached at Eastern Oregon University, before coming back to rejoin the Vaqueros as an assistant coach the past couple of seasons.

“One of the biggest compliments I could give one of our guys was that if you ever go into education and you want to come back here to do your student teaching and help us out, we’d love to have you,” Ward said. “I definitely said that to him.”

Ward joined the Vaqueros’ program in 2008 as an assistant to Jeff Knutson, and when Knutson moved into administration as an assistant principal and athletic director after two years, Ward was promoted to head coach in 2010. His first team went 4-6, but his next 11 teams made the playoffs, including a state semifinals appearance in 2017 and a state championship in 2019.

The key to it all was a switch to the flexbone offense before that 2012 season.

“Truckee had a linebacker that I knew we couldn’t block, so I decided, let’s read him instead of trying to block him,” Ward said.

In the flexbone, the team identifies certain defenders that it isn’t going to block, with the quarterback reading their reactions instead, and then deciding whether to hand the ball off, run it himself or pitch it to a trailing runner. When it’s executed properly by the offense, the defender being read takes himself out of the play without being blocked.

No other team in the 3A runs the flexbone, and only a couple at lower classifications. Because it’s so different than what other teams are running, it forces opposing teams to alter their normal defensive schemes to defend the triple option. That takes away valuable preparation time, and because the Vaqueros also run a unique defensive scheme that also doesn’t require major adjustments based on the opponent, the Vaqueros can spend their week of practice before a game working on their base offense and defense, without having to learn new things for a specific opponent.

As new head coach, Sloan said he will be keeping the flexbone, and he will only be adding a few tweaks to the base defense, things he said he learned while coaching at Eastern Oregon.

“What we do is unique and it gives us advantages, and I’d be a fool to change those things,” Sloan said.

Sloan started out coaching defensive backs at Eastern Oregon, but also spent time coaching other positions, on both sides of the ball, under head coach Tim Camp. He was also heavily involved in coaching Eastern Oregon’s summer camps, including the ones in Fernley, where he learned the intricacies of teaching techniques at different positions.

“That made me a much more well-rounded coach,” Sloan said.

While he’s no longer head coach, Ward remains with the program as a volunteer assistant coach. He will be up in the press box communicating with the coaches on the sidelines during games, although he said he won’t be calling plays.