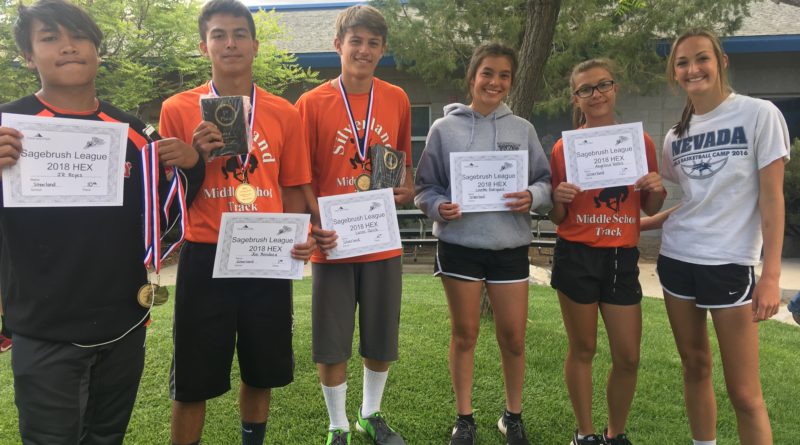 More than a hundred athletes pushed themselves for personal bests, as well as breaking personal records.

“Our relay teams were fabulous with many athletes winning medals and ribbons throughout the meets,” coach Lori Rieger said. “All athletes were asked to perform at their best even if they didn’t know the event well and they did just that.”

Seventh grader Jake Cummings broke a Sagebrush League record in the high jump at 5’4”, breaking the previous record of 5’3”.

Many athletes brought home many ribbons and medals all season.

This season Silverland Middle School was lucky to add additional coaching staff Dennis Fulton and Shari Whalen. Coaches Rieger and Jenkins were grateful for the help.

“A special thank you to Ryan Jenkins for his support provided throughout this season,” Rieger said. “We are all very proud of everyone’s accomplishments and look forward to next year’s season.”

“What a great experience and way to end a good season,” Rieger said.