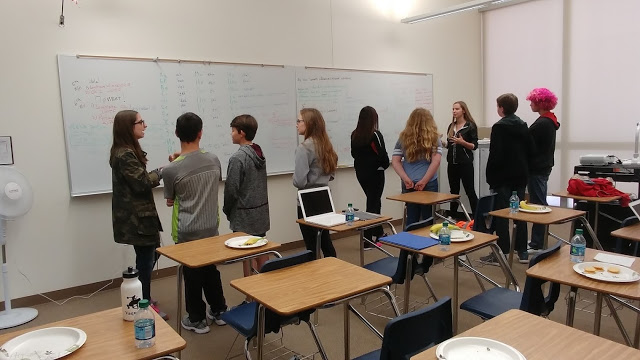 The club is the brainchild of SMS student Benny Blyveis. Blyveis stated that he was motivated to learn Russian because he is a wrestler and “Russia equals amazing wrestling.”

“In high school I want to do an exchange program to wrestle in another country, and I want to do this in Russia, learning Russian would be helpful,” he said.

Blyveis said learning the language is “harder than [he] thought” and he wanted an opportunity to practice his Russian skills with native speakers.

With the help of Fernley High School (FHS) English as a Second Language teacher Heather Snyder, two FHS Russian speaking exchange students, Ani Nadiradze (from the Republic of Georgia) and Margo Hubina (from Ukraine), were put in contact with Blyveis’ teacher and the club was formed. The primary purpose of Русский 308 Club is for students to learn and practice their Russian language skills and to understand and appreciate each other’s cultures and traditions.

Русский 308 Club meets every two weeks at SMS under the direction of teacher David Perry, SMS GT and Acceleration program.

Recently, the SMS GT and Acceleration students in the Русский 308 Club met to celebrate the holidays and learn about holiday traditions in Russia, the Republic of Georgia, and Ukraine. 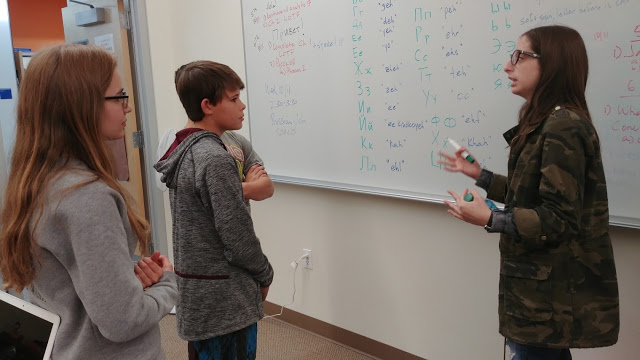 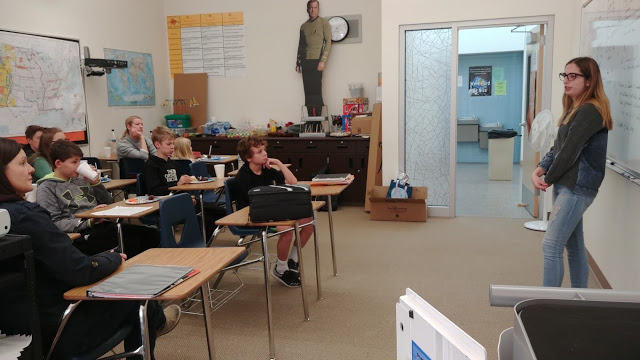 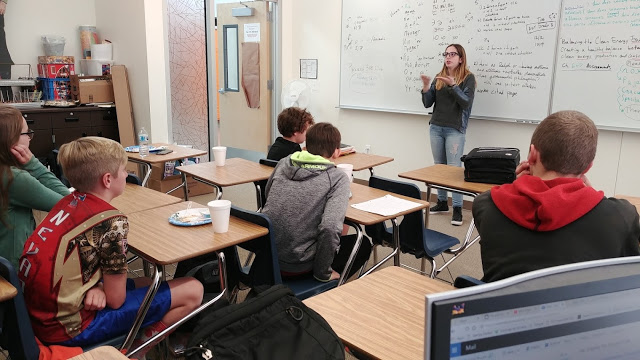