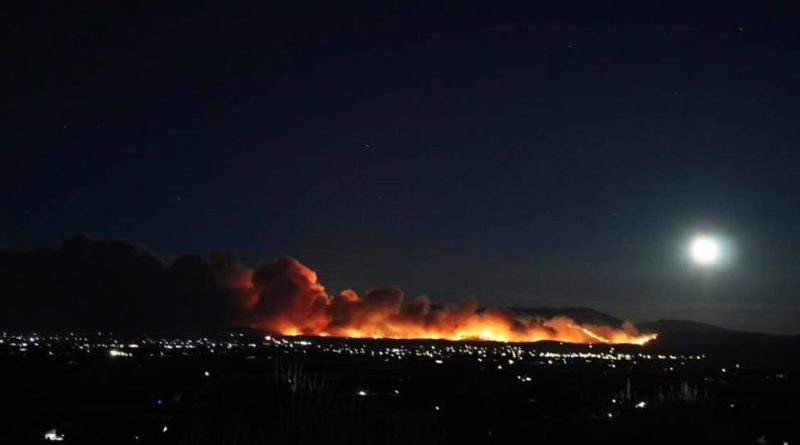 After warning Wednesday morning that the Numbers Fire in Douglas County could spread into Lyon County by the afternoon, Lyon County Manager Jeff Page said later in the day the threat to Lyon County had diminished.

Page announced Wednesday morning that Lyon County Emergency Management had been notified by the Smith Valley Fire Protection District that there was a possibility the Numbers Fire could spread reach Red Canyon or Little Burbank Canyon in the Smith Valley/Wellington area.

In response, Lyon County Emergency Management was working with the Lyon County Sheriff’s Office and Lyon County Road Department to prepare staff and resources for potential evacuations and traffic control.

Due to COVID 19 issues, Page said Lyon County will not be able to open shelters in the event of evacuation. Residents in the Upper Colony Road area were urged to plan ahead and consider making arrangements to stay in motels or with friends or family not in the area of the fire.

In the past, baseball fields and rodeo grounds at Dressler Park in Wellington have been used by people evacuating due to fires.

Earlier this week, North Lyon County Fire Department sent an engine to help fight the fire, which has burned 20,500 acres as of Wednesday afternoon, according to the Sierra Front Interagency Dispatch Center.