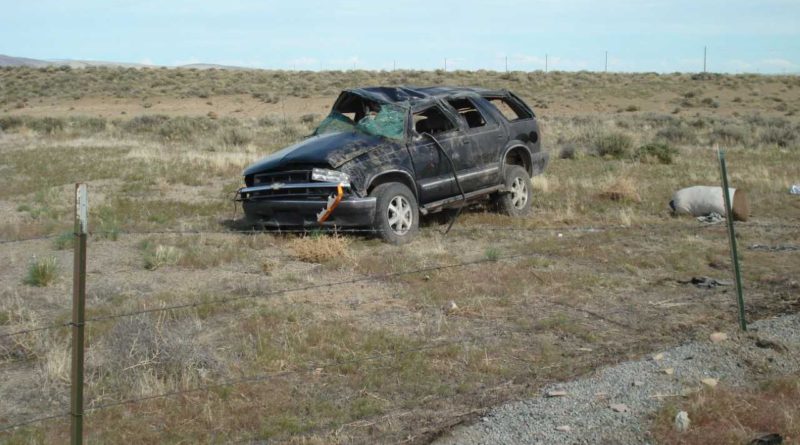 The Nevada Highway Patrol has identified the man killed in a single vehicle crash April 22 near Wadsworth as Daniel Ricardo Perez, 29, of Sparks.

At approximately 4 p.m. on Sunday, April 22, troopers responded to a single vehicle crash on State Route 447 near mile marker 3 in Washoe County.

According to NHP, preliminary investigation shows that a 2000 black Chevrolet Blazer SUV was traveling southbound on State Route 447, north of Olinghouse Road near Wadsworth. The Blazer drifted off the roadway onto the southbound shoulder. The driver then steered to the left, causing the Blazer to reenter the highway and travel across the southbound and northbound travel lanes. The SUV traveled onto the northbound shoulder and overturned, landing on its wheels. The driver of the black Chevrolet Blazer was not wearing his seatbelt and was ejected from the vehicle as it overturned.

Perez was pronounced dead at the scene.

If you were a witness to this incident, or have any information regarding this crash, contact Trooper Chris Kelly of the Nevada Highway Patrol Multi-Disciplinary Investigation and Reconstruction Team (M.I.R.T.) at 775-687-9649 or ckelly@dps.state.nv.us NHP Case #180402044.