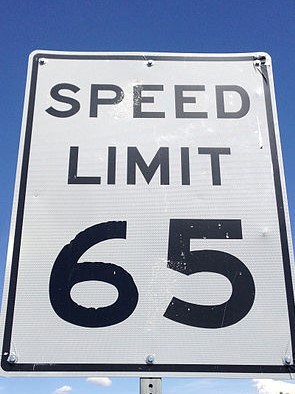 Several recent crashes on US. 50A east of the Fernley roundabout, including a pedestrian fatality, have increased calls from Fernley residents for reduced speed limits on that stretch of the highway.

However, the Nevada Department of Transportation says the rate of crashes on that stretch of highway is less than the statewide average, and the agency has no current plans to reduce the speed limit.

The city actually approved a resolution in August, 2014 advising NDOT of the city’s request to reduce the speed limit on that portion of U.S. 50A. In that letter, the city proposed that the speed limit on U.S. 50A be reduced to 35 miles per hour between the roundabout and the entrance to the Out of Town Park, 50 miles per hour to the entrance of the Desert Rose RV Park and then 65 mph east of the RV park.

NDOT increased the speed limit east of the roundabout to 65 mph in 2014, after conducting a speed study.

“In response to a letter from a Fernley citizen, in 2014 we conducted a traffic speed study on U.S. 50A east of the roundabout to help evaluate the safest and most appropriate speed limits,” said NDOT public information officer Meg Ragonese. “The majority of drivers were traveling more than ten miles over the posted speed limit. To help reduce a potentially dangerous speed differential in which motorists traveling at over the speed limit come upon- or overtake- drivers traveling at the lower, posted speed limit, speed limits were increased on certain sections of the highway.”

According to figures provided by Ragonese, in a recent one-year period (October 1, 2015 through October 1, 2016), there were 18 crashes on U.S. 50A from the Fernley roundabout to the eastern intersection with Farm District Road. Twelve of those crashes involved only property damage to vehicles, while six crashes led to personal injury.

The 85th percentile speed is the speed that 85 percent of vehicles do not exceed, and is one of the standards NDOT uses in determining speed limits.

“We have learned to trust the 85th percentile driver,” Garza said at that 2014 meeting. “They know what they’re doing, and they do it safely.”

Ragonese said NDOT has received a few inquiries regarding the potential of lowering speed limits on U.S. 50A, particularly the section immediately east of the roundabout.

“Traffic safety is our top priority, and we take these inquiries very seriously,” Ragonese said. “There are approximately 11,000 vehicles which travel each day on this section of U.S. 50A, and we want to help keep the highway safe for motorists, pedestrians and everyone else on the road.”

While NDOT has no current plans to reduce the speed limit on U.S. 50A, Ragonese said the department is exploring other safety measures.

“Based on a citizen request, we are also right now conducting a traffic signal warrant analysis to evaluate the potential of a requested traffic signal at U.S 50A and Nevada Pacific Boulevard,” she said.

“We also plan to install sidewalk and pedestrian buttons, ramps and lighting improvements on U.S. 50A (Main Street) from Silver Lace Boulevard to just west of 7th Street in coming years. This improvement was recommended by a community member.”

One thought on “NDOT says U.S. 50A is safer than statewide average”