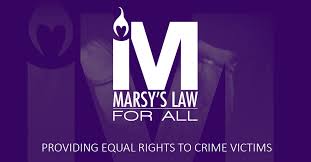 A proposed amendment to the state Constitution regarding the rights of crime victims has received its designation for the November 2018 election as Ballot Question 1.

Supporters of the bill, known as “Marsy’s Law”, say the bill would give victims of crimes a variety of rights and protections.

According to its supporters, Marsy’s Law would ensure victims the:

Some opponents of the bill are opposed to amending the state Constitution, and say that several of the bills provisions are already in state law.