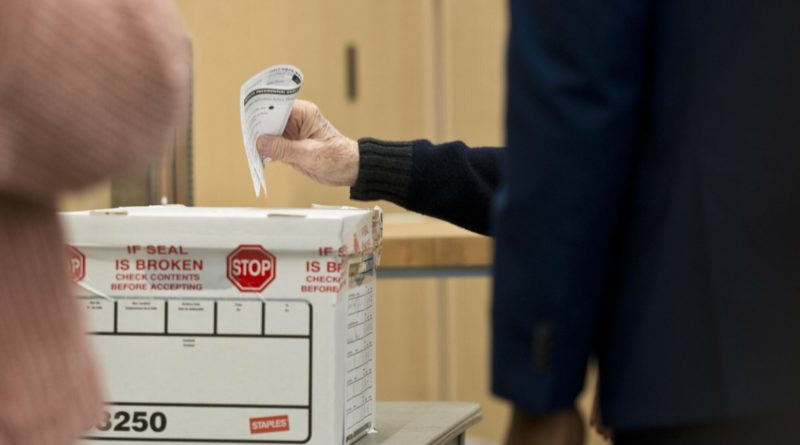 Although state and local officials are preparing to conduct the June 9 primary election almost entirely through mail ballots, election officials say they plan to have some form of limited early voting available.

The secretary of state’s office has confirmed that there will be “extremely limited” early voting available during the weeks leading up to the primary election (May 23 to June 5), in accordance with state law. Wayne Thorley, the deputy secretary of state for elections, said in an email that counties will provide their list of “early voting sites” in the near future.

Secretary of State Barbara Cegavske announced in late March that the state would conduct an effective all-mail primary election in June, citing fears of unintentionally spreading COVID-19 through large numbers of voters gathering to cast ballots during the normal election process.

Although “early voting” sites will be open, local election officials said that there won’t be any traditional voting machines at the sites; instead, voters will be given an absentee ballot and asked to fill it out.

Clark County spokesman Dan Kulin said the state’s largest county would have at least one location open during the early voting period and on Election Day for voters to register, receive a mail ballot and be able to turn it in directly to county officials. The county is also planning to have a number of mail ballot drop-off locations, but will not register voters at those sites.

Kulin said the county would strongly prefer if voters filled out their absentee ballots and “take advantage of the opportunities they have to participate in the election without leaving their home,” in order to minimize possible spread of the virus.

Early voting has, in recent history, been extremely popular with Nevada voters. In the 2018 primary election, more voters cast a ballot during the early vote period (157,513) than who did on Election Day (146,296).

Under the office’s plan for the primary election, all active registered voters will receive an absentee ballot in the mail — no request necessary — and can mail it back for free.

Cegavske said that there will be at least one in-person polling location in each county to handle same-day voter registration and to assist voters who have issues with their mailed ballot, and that the locations will be set up “to ensure the safety of voters and poll workers alike.”