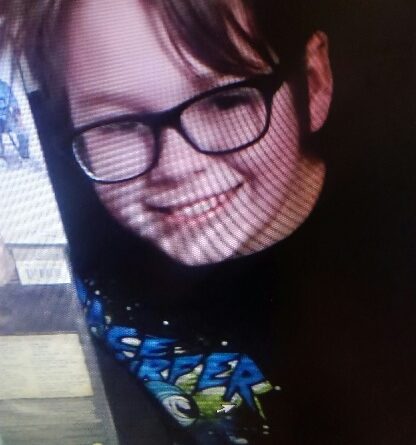 UPDATE FROM THE LYON COUNTY SHERIFF’S OFFICE: The Lyon County Sheriff’s Office is happy to report that the Fernley juvenile, Matthew K. Rodenbaugh, reported missing last night has been found. He is doing well and has been reunited with his mother.

The Sheriff’s Office wants to thank those who turned out last night to help search for Matthew.

The Lyon County Sheriff’s Office is asking for the public’s help in finding a missing Fernley boy.

Matthew K. Rodenbaugh, 11, was last seen at noon on Dec. 12, and has not been seen or heard from since. He was last seen wearing a red zip-up hoodie, sweats, and black sneakers.

Matthew is a white male of light complexion, 5 feet tall and with a chubby build. He has brown hair and brown eyes.