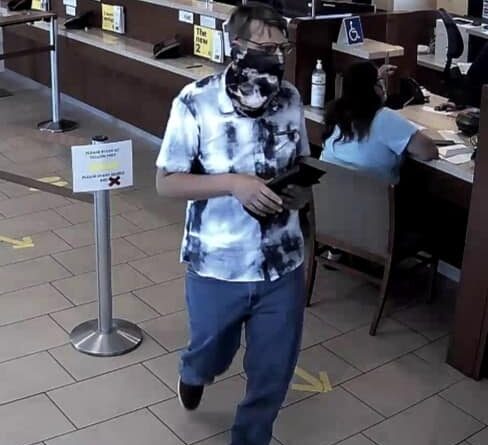 The Lyon County Sheriff’s Office is asking for the public’s help in gathering any information about a man who attempted to rob the Wells Fargo branch in Fernley on Wednesday.

Lyon County Sheriff’s Sgt. Bret Willey said dispatch received a call of a an attempted robbery at the bank at 4:44 p.m. Willey said the suspect left the bank without stealing any money, and is believed to have taken off toward Interstate 80 in a dark colored Subaru hatchback with paper license plates.

Anyone who has any information about the attempted robbery or the suspect is asked to contact dispatch at (775) 575-3383. Anyone who sees the suspect should not attempt to contact or detain him.