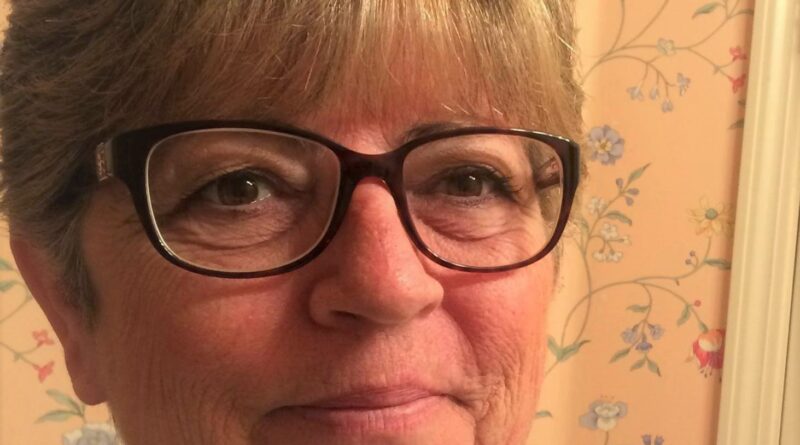 Karen Delight “DeeDee” Peters passed away on February 26, 2022, after unexpected complications from kidney disease. DeeDee was born on January 15, 1950, in Long Beach, California, and was adopted as an infant by her beloved parents, Joyce and Bill Noe. As a child, DeeDee enjoyed piano lessons and became an accomplished pianist. At the age of 14, DeeDee moved with her family to San Luis Obispo, California, where her family planted roots and opened Noe’s Restaurant on Higuera Street.

DeeDee attended Cuesta College in San Luis Obispo before moving to Pasadena, California, where she worked for Crocker Bank. In her early 20s, she moved to Houston, Texas, where she started a career in the hospitality industry at Adam’s Mark Hotel as a housekeeper. She returned to her hometown where she managed the San Luis Bay Inn at Avila Beach.

In 1986, DeeDee met the love of her life, Karl Thomas Peters, when they were both working at The Century Plaza Hotel in Los Angeles, California. They married the following year and welcomed their only child, Stevan, in 1988. In 1989, Karl and DeeDee moved to Orlando to work at the Walt Disney World Swan Hotel. The family moved to Grosse Point, Michigan, in 1991, where they worked at The Renaissance Center in Detroit. In 1996, the family moved to Vallejo, California, where Karl and DeeDee resided for the next 20 years and DeeDee had a career as a school secretary at Widenmann Elementary School until she happily retired and eventually moved with Karl to Fernley, Nevada, in 2016.

DeeDee was a lifelong lover of reading, reality tv, gardening, decorating, Siamese cats, and traveling. In her honor, Karl will be traveling with her ashes in their camp trailer to see all of her favorite places around the country.

DeeDee is survived by her husband of 35 years, Karl; son Stevan (and Melisa) Peters; sister Melinda “Mendy” (and Lance) Falkenstern; in-laws Linda Peters, Gerald (and Karen) Peters, Sylvia (and Bob) Yetter; and many nieces and nephews.

DeeDee was preceded in death by her parents Joyce and Bill Noe and Aunt Corky Barton.

A viewing was held Thursday, March 3 at The Neptune Society at 228 Vine Street in Reno, Nevada, and a Celebration of Life will be held on Sunday, March 6, at 11:00am-3:00pm at The Golf Club at Fernley at 50 Desert Lakes Drive.

In lieu of flowers, the family has asked that donations be made to The National Kidney Foundation in DeeDee’s honor (www.kidney.org).­