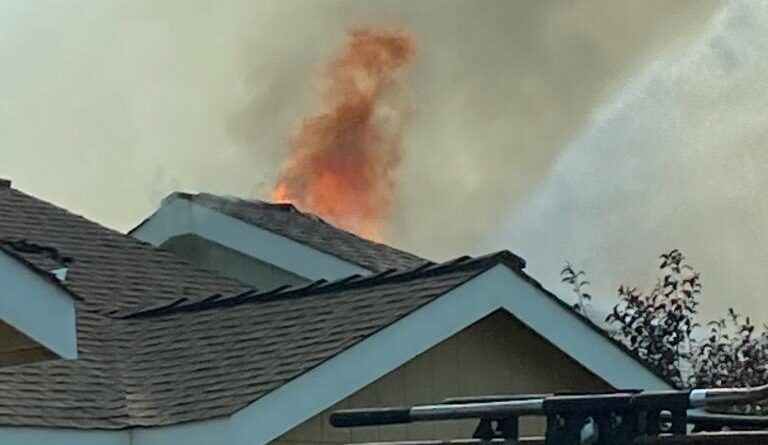 A home on Jenny’s Lane was severely damaged by a fire last Saturday.

The fire was reported around 3 p.m. Saturday, and when firefighters arrived, the attic was fully engulfed in flames. The fire had traveled inside the walls to the attic.

After putting out the fire, they determined that it was started by a battery charging station for lawn equipment.

It was reported that a firefighter fell through the roof, but Sullivan said nobody was seriously injured.

“There were two potential injury situations but they weren’t significant enough to be reported,” he said.