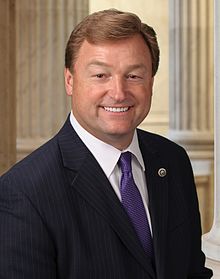 Washington, D.C. – U.S. Senator Dean Heller (R-NV) today released the below statement in support of the motion to proceed to debate on Obamacare:

“Obamacare isn’t the answer, but doing nothing to try to solve the problems it has created isn’t the answer either. That is why I will vote to move forward and give us a chance to address the unworkable aspects of the law that have left many Nevadans – particularly those living in rural areas – with dwindling or no choices. Whether it’s my ideas to protect Nevadans who depend on Medicaid or the Graham-Cassidy proposal that empowers states and repeals the individual and employer mandates, there are commonsense solutions that could improve our health care system and today’s vote gives us the opportunity to fight for them. If the final product isn’t improved for the state of Nevada, then I will not vote for it; if it is improved, I will support it.”