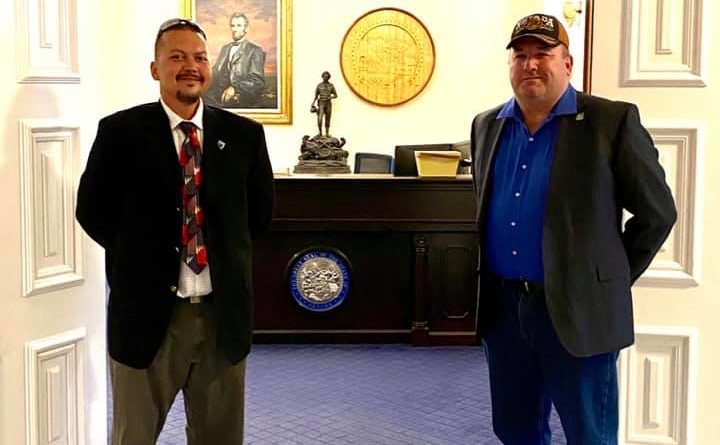 Gray and Carmona had the letter hand-delivered to Sisolak Monday, in which they say the best approach to open things back up is to let local officials decide.

Carmona said they gave the letter to Sisolak Monday, hoping he’d have time to consider it before his scheduled press conference Thursday. However, the press conference was bumped up to Tuesday and they aren’t sure whether Sisolak had the chance to read it before the speech in which he announced his tiered criteria for businesses and government offices to reopen.

“The economy in Nevada is on the brink and while it’s imperative we do what we can to keep COVID-19 infections and deaths down, we cannot ignore the many lives affected by these closures,” Carmona said in a Facebook post announcing the letter. “From business owners to employees, the impact is far and wide.”

In the letter, the outlined that while roughly 15 people out of every 1,000 population have become infected, while in Lyon County, that number is about 2 in every 10,000, and Storey County does not yet have a confirmed infection.

“Based on the above information, we ask you to allow rural Nevada to begin to reopen at the discretion of their respective Boards of County Commissioners, relying on the input of medial and public health professionals as well as the needs of their citizenry,” the letter states. “The approach you have taken with the prolonging of the “one-size fits all” restrictions is no longer necessary or in the best interests of our great state. And quite frankly, many are becoming less willing to cooperate as patience is running out with the “one size fits all” approach.”