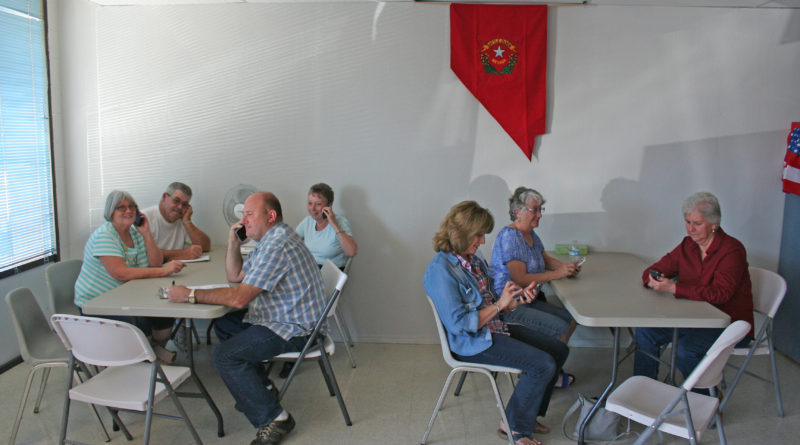 The Fernley Republican Women and Lyon County Republicans are set to celebrate the grand opening of their new campaign headquarters in Fernley Saturday afternoon.

The office is a joint effort of the Fernley Republican Women and the Lyon County Republican Central Committee., and will be open 6 days a week at 140 E. Main St. Suite C, between La Fiesta Mexican Restaurant and the Nevada Veterans Coalition.

The grand opening will be celebrated Saturday from 4-6 p.m. with a barbecue and several elected Republican officials and candidates expected to attend.

Fernley Republican Women campaign chairman Peggy Gray said the office will be open Monday through Saturday from 10-8 p.m., except Tuesday and Wednesday, when it will be open from 10-6 p.m.

The office will be the campaign headquarters for Republican candidates, and it will be primarily in support of those candidates whose district includes Fernley. A guest speaker will also be present, but has not yet been announced.

There will be signs and other campaign materials and they will be doing voter registration, for voters of any party.

“We’re just kind of getting off the ground and we’re looking for volunteers so we can get a Republican Senator to replace Harry Reid and to get Trump elected, because Nevada is a very key state,” Gray said. 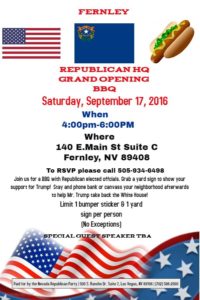