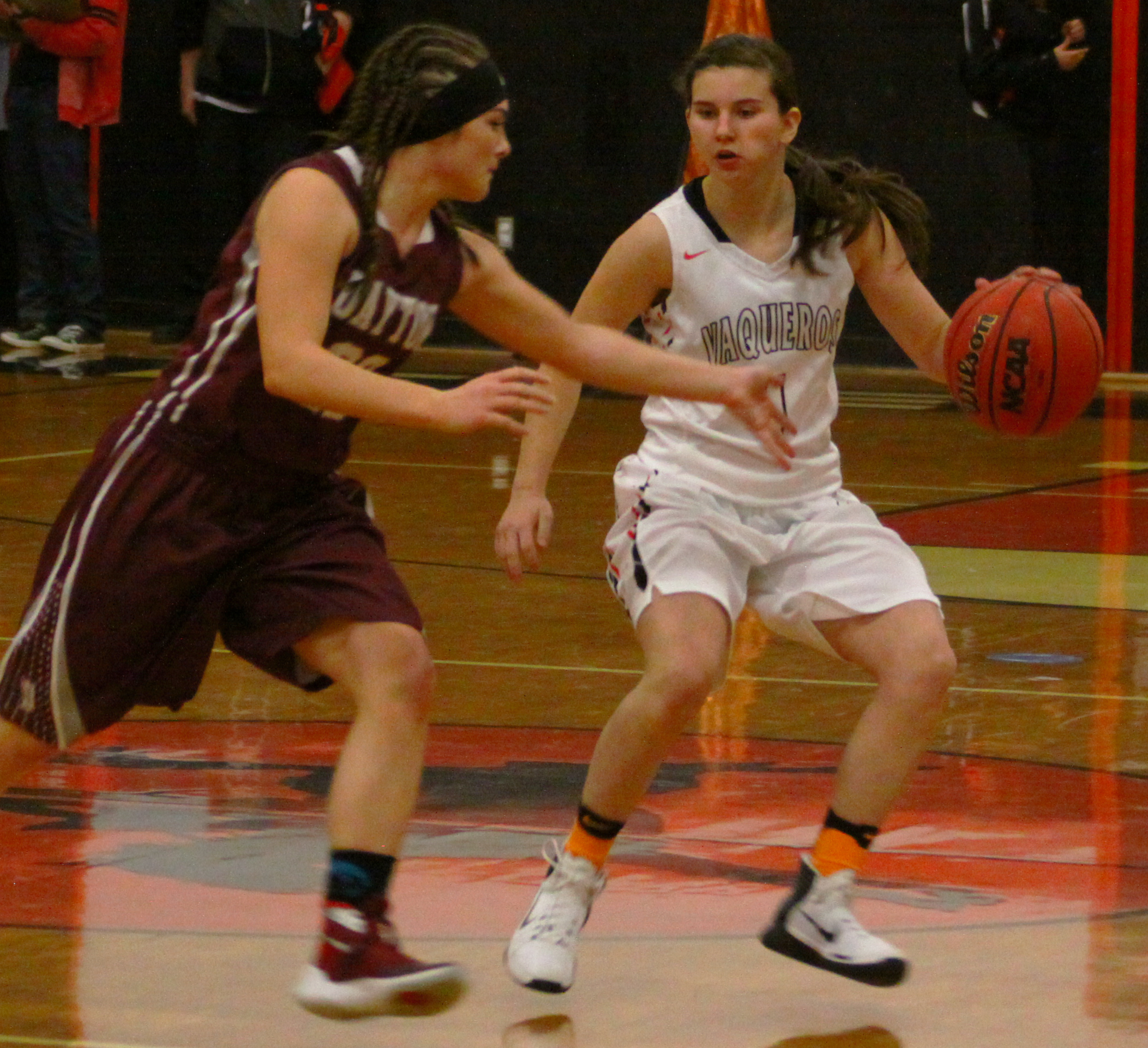 The Fernley High School girls basketball team started off the Gator Winter Classic in Henderson with a win over Boulder City Tuesday morning, then lost their second game to Flagstaff (Ariz.) Tuesday night.

The Vaqueros opened the tournament by beating Boulder City 33-23

Hailee Edgar led the Vaqueros with 12 points, 10 of them coming in the second half.

Coach John Rogers said the Vaqueros have a bunch of girls who are nursing illnesses and are not at full strength, which will make things difficult the rest of the week.

“They committed really well on defense to prevent Boulder from getting good looks at the basket and you could tell that their defensive effort took a lot out of them on the offensive side,” Rogers said. “Lots of short shots.”

The Vaqueros managed just 10 points in the first half, but still held a 10-9 lead because of that defensive effort.

Fernley led 21-20 after three quarters, but outscored the Eagles 12-3 in the fourth to pull away.

“With everything, though, I was happy with the effort they gave in their health condition,“ Rogers said.

In the nightcap, Flagstaff ran to a 51-23 win over Fernley. More details of that game will be added when they are available.

“They are a tough team and they played really strong and together,” Rogers said. “They kind of shocked us out of the gate with some nice shots and we were playing from behind the entire game.”

Rogers said the Vaqueros struggled to get into their offense and score against the athletic and long Flagstaff defenders.

“It’s good for us to play against these teams,” he said. “We need to learn how to handle pressure better and get on the same page. That’s why we are here, to get better.”

Fernley is scheduled to play Dimond (Anchorage, Ak.), a team that Rogers said is extremely tough, Wednesday at 12:45 p.m. Then teams will be placed in brackets for the remainder of the tournament.

“We are going to continue to work and fix some kinks and then use our strengths to our advantage,” Rogers said. “Girls are still sick, which isn’t helping, but we have to fight through it.”