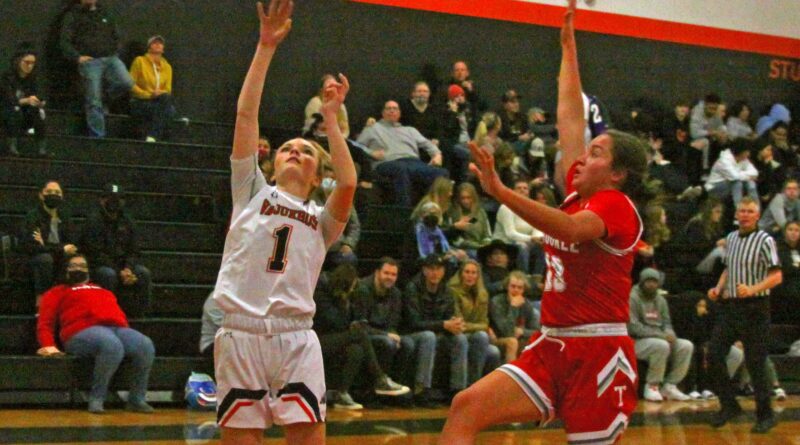 The Vaqueros are scheduled to plan Bear River (Grass Valley, Calif.) at 4:30 p.m. Tuesday to open the Varsity Elite Tournament at McQueen. The tournament continues Wednesday and Thursday.

Against Truckee, a strong finish carried the Vaqueros to the win. Jennica Stephens and Jaelece Wasson each hit 3-pointers as the Vaqueros closed the first quarter on an 11-3 run to take a 15-8 lead.

Truckee battled back to take the lead twice in the third quarter, the second time at 33-31 with 1:42 left in the third. Fernley responded with a 15-1 run that included two 3-pointers and an old-fashioned three-point play by Wasson to go regain control of the game with a 46-34 lead.

Wasson led the Vaqueros with 20 points, while Jasmyne Torres scored 11 and Nadia Velasquez had 9.

“The girls kept with the game plan and finished strong,” said coach Tom Kingston. “We did not shoot well at all in the first half, but they came out in the second half and found a way to win.”

The next day, the Vaqueros jumped on Sparks early and never let up. The outscored the Railroaders 23-4 in the first quarter and 12-0 in the second. Torres led the Vaqueros with 10 points, Kaiserita Otuafi added 8 and Velasquez scored 7.