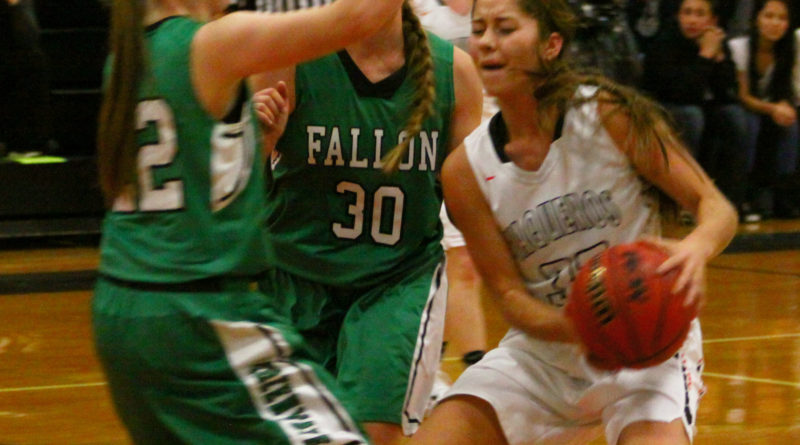 The Fernley High School girls basketball team will play twice Tuesday for the first of at least four games in the Gator Winter Classic in Henderson.

Wednesday they play Dimond (Anchorage, Ak.) at 12:45 p.m. Teams will then be placed into brackets for the remainder of the tournament, and the Vaqueros will continue to play as long as they win to advance through the bracket.

“We played very well on offense and shot the ball better than we have all season,” coach John Rogers said. “The girls have been really focusing on correcting some things in practice and it showed in this game. They were patient and did a great job of finding each other for good shooting opportunities.”

Rogers said the Vaqueros tried some different things defensively with pressure and in the full court and had some success.

“Lots of positives going into (this) week’s tournament in Vegas at Green Valley High School,” Rogers said.
“We will continue to work on some things that will help us when we get back to league play.”