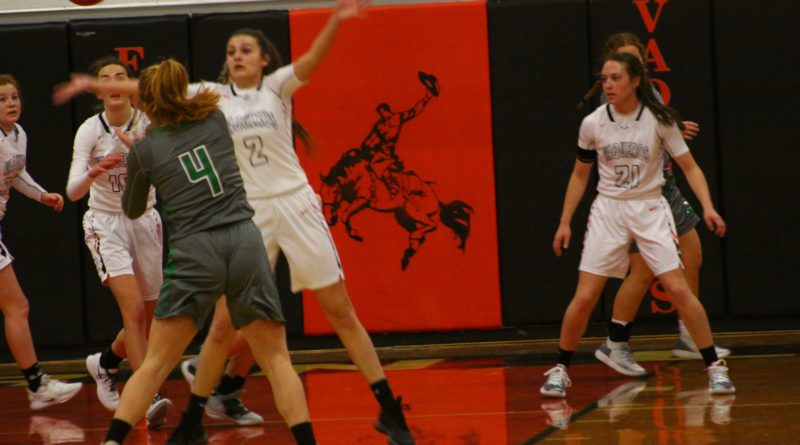 The Vaqueros emphatically made sure the streak didn’t reach 67.

Celeste Condie led a balanced attack with 17 points and the Vaqueros dominated from start to finish for a 58-23 win in a game that was finished with a running clock after the Vaqueros went up by 35 points late in the third quarter.

“I’m glad we busted that up for them,” Fernley coach Tom Kingston said. “But they’re going to be good, they’ve got younger kids that are good.”

It was a much different Fallon team than the one that won the last three state titles. Six seniors graduated from last year’s team, and their top returning scorer, Madison Whitaker, hasn’t yet played this season because of a leg injury. Plus, the Greenwave has a first-year head coach, Kevin Wickware, replacing Anne Smith, who stepped down in May.

Facing an in inexperienced foe that’s still trying to figure things out, Kingston said the Vaqueros wanted to get out to an early lead and not let the Greenwave gain confidence by staying close.

“That’s what we want to do,” Kingston said. “If they’re a young team, we’ve got to adjust to what they’re doing, but if they’re not adjusting, we’ll keep the pressure on.”

A 10-0 run gave Fernley a 14-2 lead with 2:13 left in the first quarter. After Addison Sandberg hit a 3-pointer for Fallon to cut Fernley’s lead to 16-7, the Vaqueros scored the last 12 points of the second quarter and the first 11 of the third. A 3-pointer by Condie ended the run that put Fernley up 39-9.

“The first half we held them to (nine) points,” Kingston said. “Can’t ask for more than that.”

The Vaqueros ended the third quarter up 50-17, and after Alizah Lara scored the first bucket of the fourth quarter, the rest of the game was finished with a running clock.

“It’s still a work a progress, but we played extremely well,” Kingston said. “We missed a lot of shots in the first half. But other than that, get that rhythm going and we’ll be fine.”

Along with Condie’s 17 points, Karli Burns scored 10, Lara finished with 9, Willow Jacobson added 8 and Erica Kingston pitched in with 7.

Next week will be a challenging one for the Vaqueros to finish 2019 and head into the Christmas break. Tuesday’s game with North Valleys has been moved to Thursday because Washoe County schools are not allowed to travel during final exams. Then the Vaqueros go to Spring Creek Friday and Elko Saturday and won’t play again until hosting Dayton Jan. 7.

We still have to improve on all the stuff we’re doing,” Kingston said. “It’s not new to them, but it’s more of it, so we have to keep doing it.”