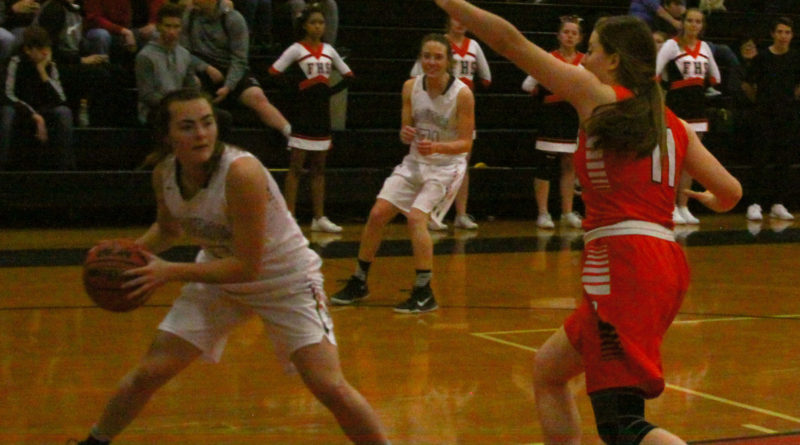 Rancho’s Kyndal Ricks hit a game-winning 3-pointer at the buzzer to lift Rancho to a 48-46 win over Fernley Wednesday in the first round of the Green Valley Gator Winter Classic.

The Vaqueros rallied from a 12-point deficit in the fourth quarter to take a one-point lead with 38 seconds left. Fernley turned the ball over twice in the last 38 seconds. On an inbounds play with 3.8 seconds left in the game, Ricks took a pass six feet behind the 3-point line and drained the shot as the buzzer sounded.

“It was just a great clutch shot,” coach John Rogers said. “We defended it well, the girl just made a big play.”

Fernley jumped ahead early and led 14-10 after the first quarter, but Rancho controlled the second and third quarters, outscoring Fernley 29-15 to take a 37-29 lead to the fourth.

“The second and third quarters we struggled to hit any shots,” Rogers said. “Defense was good throughout but offense came and went. We need to be more consistent offensively.”

Hailee Edgar scored 16 points for Fernley while Jaiden Sullivan and Brittney Gaitan each had eight.

Ricks finished with 22 points for Rancho.

“(I’m) very happy with character and drive of the team and the fact they won’t quit, but again we need to be more consistent on the offensive end,” Rogers said.