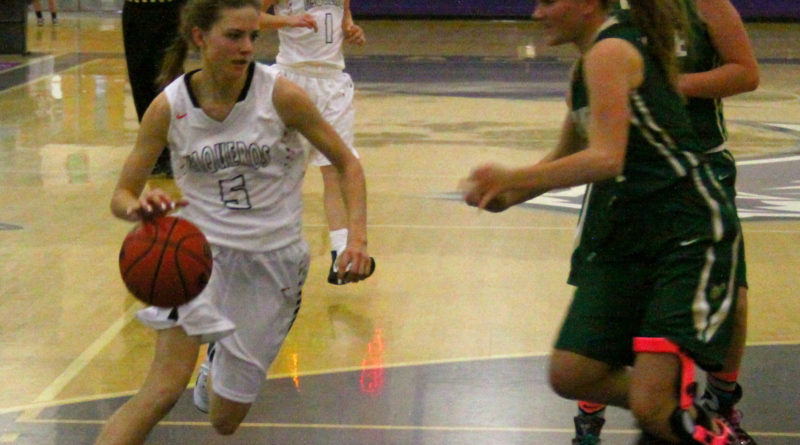 It got them off to a good start this year.

The Vaqueros allowed Incline to score just 4 points in each of the last three quarters, keying a 37-21 win Friday afternoon in the first game of the season at the High Sierra Winter Challenge at Spanish Springs.

But it was the work of their defense that keyed the win, and which please coach John Rogers most.

“Our defense is our staple,” Rogers said. “Our girls play great defense, and they feed off each other.”

The game looked like it might be a shootout early, and when Hailee Edgar converted a steal into a layup to eat the buzzer at the end of the first quarter, Fernley led 13-9.

But even though they only scored 6 points in the second quarter, the Vaqueros extended the margin to 19-11.

Fernley used its defense to generate points in the third quarter, scoring 6 of its 8 points in the quarter on fast breaks, pushing the lead to as much as 27-17. Incline went 7:20 without scoring, until Taylor Redfern hit a shot at the buzzer.

The Highlanders didn’t make a field goal in the fourth quarter.

The Vaqueros play Friday at 3 p.m. against Heritage (Littleton, Colo.).