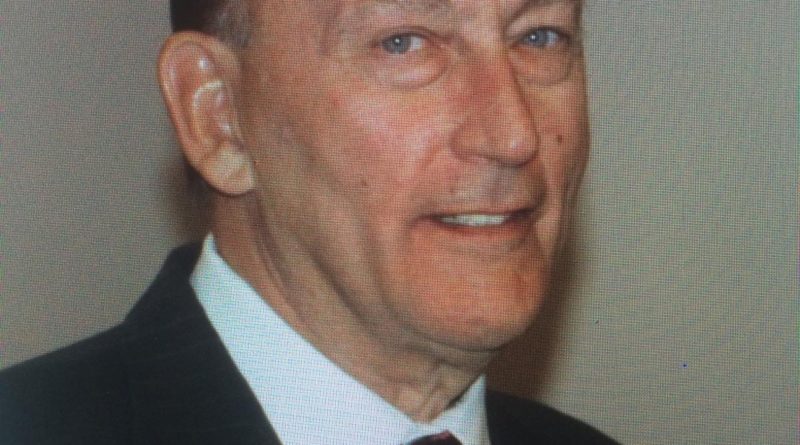 Yerington Mayor George Dini has spent 22 years in city government, but the passage of Senate Bill 499 in the 2015 session of the Nevada Legislature has spurred him to wade into state politics.

Dini is a candidate for Assembly District 38, and said it was the passage of SB499, which provided for the primary election to decide certain races if there were two candidates from the same party.

Under that provision, both of Lyon County’s contested County Commission races were decided in the primary last June, because in both races both candidates were Republicans, and there were no Democrat candidates to oppose them in November.

“I first got interested in running because of the passage of legislation that disenfranchised 60 percent of the voting population,” Dini said. “The rest of the people don’t get to vote.”

Dini has served as Mayor of Yerington for the past six years, and was a member of the Yerington City Council for 16 years. He served on the State Economic Development Commission, appointed by former Gov. Bob Miller.

He is a business owner and the holder of a unrestricted gaming license.

Personally, the 62-year old Dini has been married for 30 years and has six children and 17 grandchildren.

Dini said he is extremely concerned about water resources, and he said that is one of the biggest issues facing each of the population areas in District 38.

“We have three cities in this district all with similar water needs, both agricultural and municipal,” he said. “If we don’t stand up and fight we’re going to lose again, and it will be decimating again.”

Dini said he believes the legislature did not act in the best interests of Nevada citizens during its 2015 session.

“The last legislature took dead center aim at working class Nevadans,” Dini said. “They didn’t do well for retired public employees until the Retired Public Employees of Nevada fought it hard to make sure they weren’t taken advantage of.”

As Yerington Mayor, Dini said he worked closely with Nevada’s Congressional delegation in a bipartisan manner, on issues involving the EPA, FEMA and FAA.

Last winter the city worked with several agencies to clean the Walker River channel to alleviate the potential of flooding while the river had gone dry.

“We got the river clean without waiting any longer because it was an emergency,” he said.

Dini said he is also concerned with issues like the drought, particularly proposed well water curtailments by the State Engineer’s Office.

“I have a lot of experience in city government,” Dini said. “I put myself in the center, I’m not liberal and I’m not ultraconservative. I listen and not shut anybody off, Democrat or Republican, if they work hard for a living or are a veteran.”

Dini said the nation and the state are divided, and he’s offering his services and experience to try to find some common ground for the benefit of all Nevadans.

“I hope people consider my candidacy because I’m not so unrelentingly unwilling to listen,” Dini said. “I have experience in the private sector and the public sector and I can see the needs of both sides.”