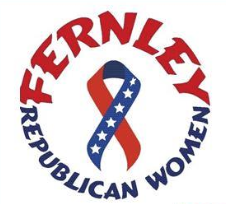 The Fernley Republican Women (FRW) will hold its membership meeting on Tuesday, May 18, at the Black Bear Diner. Dinner will be at 5:30 p.m. with the meeting starting promptly at 6:00 p.m. The cost, including dinner, is $15.

The guest speaker will be Captain Sam Brown, US Army-Retired, who will be speaking about the direction the country is going and what can be done about it. Following his graduation from the United States Military Academy at West Point and commissioning as an Infantry Officer, Brown earned the designation as an Airborne Ranger leader. In 2008, he was deployed as an Infantry platoon leader to Kandahar, Afghanistan where, after only a few months into his deployment, he experienced the crucible of his life when his vehicle was struck by an IED blast that severely wounded him. After more than five years of active duty service, Brown was medically retired in 2011.

The FRW’s Caring for America/Adopt a Soldier Program collects non-perishable foods for the Fernley Food Bank, along with donations of funds, food and supplies for the Veterans Guest House in Reno. The Literacy Committee collects new or slightly used children’s books for Bow Wow Books, an organization that teamed up with the Fernley Library. Bow Wow Reading Dogs are non-judgmental certified therapy dogs who listen to children reading aloud. The dog’s handler has been educated on how to help readers learn to read. All contributions for these important programs will be greatly appreciated. Financial contributions can be sent to the FRW at P.O. Box 412, Fernley, Nevada 89408.