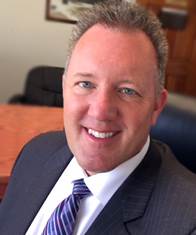 Las Vegas – Department of Business and Industry Director C.J. Manthe announced last week that Ray Fierro has been appointed as administrator of the Division of Industrial Relations (DIR). Fierro has been employed with DIR since March 2017 and has served as the interim administrator since May 2018.

“I’m pleased that Ray will be taking over this role on a permanent basis,” Manthe said. “Ray has served his local community as an elected official and brings a wealth of knowledge from his military service. His expertise and continued leadership will be an asset to the Division.”

Prior to his service at the state, Fierro served a Lyon County Commissioner. He is a veteran of the U.S. Air Force and has also served in the Nevada Air National Guard. It is in the military where Ray gained his knowledge in the mechanical field, first as an aircraft specialist in a tactical fighter squadron and then as an HVAC technician in a civil engineering squadron.

Fierro earned his bachelor’s degree from the University of Nevada at Reno. Ray and his wife currently live in south Reno and enjoy hiking and off-roading in the summer, and skiing in the winter.