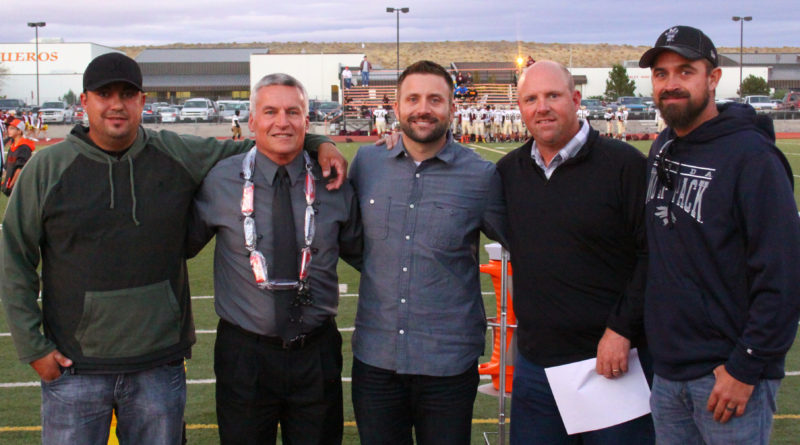 One of Fernley’s greatest quarterbacks, a set of brothers who were multi-sport standouts and a father-son duo make up the Fernley High School Hall of Fame class of 2016.

Chris Reed, John Taylen, Boomer Taylen, Ross Wilson and Ryan Wilson were inducted to the FHS Hall of Fame in a ceremony at the school on Sept. 23.

The following are the bios of each inductee, as provided by Fernley High School: