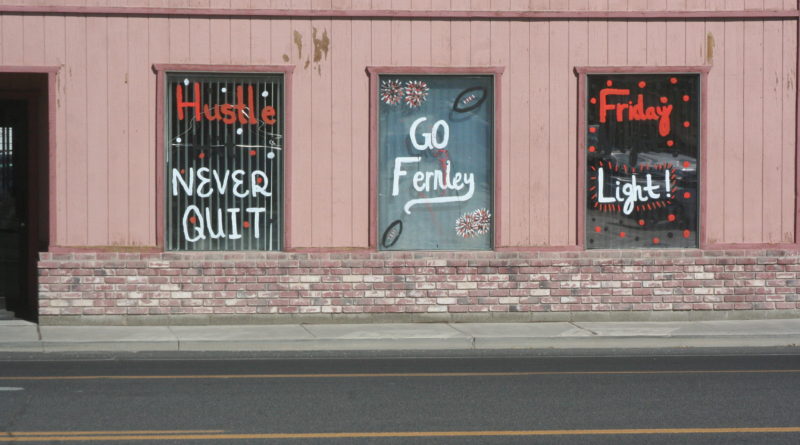 Fernley High School students are paying homage to their superheroes this week as they they celebrate Homecoming.

This year’s theme is “Homecoming is MARVEL-ous”, in honor of Marvel comics.

Homecoming week officially started last Friday with Captain America Freedom Friday and a parking lot rally in which student’s could get their car windows painted.

Monday was Marvel vs. DC Day, where students dressed up as either a character from Marvel or DC comics.

Wednesday is Create Your Own Superhero Day, in which students can dress as who they would be if they had superpowers. Activities include a Black Panther blackout for the volleyball and soccer games, and human foosball on the football field after the last athletic event.

The volleyball teams host Fallon with the freshman match at 4 p.m., followed by JV and varsity. The soccer teams play Battle Mountain, with the girls playing at 3 p.m. and the boys at 5 p.m.

Thursday is Squad Day, where students dress up like their favorite superhero squad. The freshman football team plays Spring Creek at 5 p.m., and the lip sync contest, one of the Homecoming week’s annual highlights, starts in the gym at 7:30 p.m.

Friday is Vaquero Friday, with students dressing in orange and black.

There will be a morning assembly after advisory classes, where the Homecoming Prince and Princess will be announced. The JV football game will start at 4:30 p.m. against Spring Creek, with the varsity game at 7 p.m. The Homecoming King and Queen will be crowned at halftime by this year’s Homecoming Hero. After the game, the band, cheer and dance teams will perform.

This year’s Homecoming Hero is Noah Roque, a 13-year old 8th grader at Silverland Middle School. Noah was born with a congenital heart defect called Tetralogy of Fallot with Collaterals. He was born without pieces of his heart and through four open heart surgeries, his doctors are trying to correct the issue. He’s scheduled to have another open heart surgery in the next year to replace the graft that functions as his pulmonary artery and valve.

Noah likes soccer, video games and hanging out with his friends. He will serve as a judge for Thursday’s night’s lip sync contest.