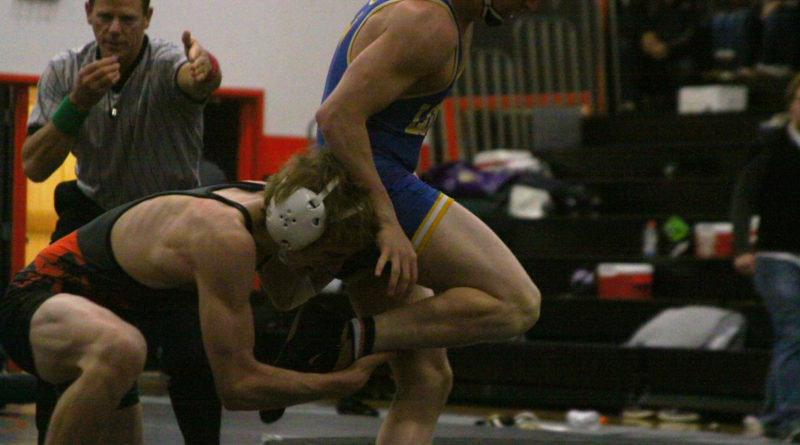 After a strong performance in the Northern 3A Divisional Duals last weekend, the Fernley High School wrestling team heads to Spring Creek this weekend for the 3A Northern League Tournament.

“Spring Creek and Lowry are very well coached and their kids are phenomenal wrestlers,” coach Scott Gillespie said. “They are two of the top teams in the state, at any division.”

Gillespie said the Vaqueros had some wrestlers change weight classes to try to solidify their lineup. Jared Caulk dropped to the 120-pound division and Kyle Jones wrestled 126.

“I think we performed as expected as a team,” Gillespie said. “Our goal in every contest is to win. Our kids and coaches are constantly pushing to be the best. The Northern 3A has more than its fair share of the best guys.”

The top three wrestlers in each weight class from this week’s league tournament will qualify go to the State Championship tournament in Las Vegas.

“Our goal is to qualify our entire lineup,” Gillespie said. “We have had a great week of practice and we hope to do just that.”