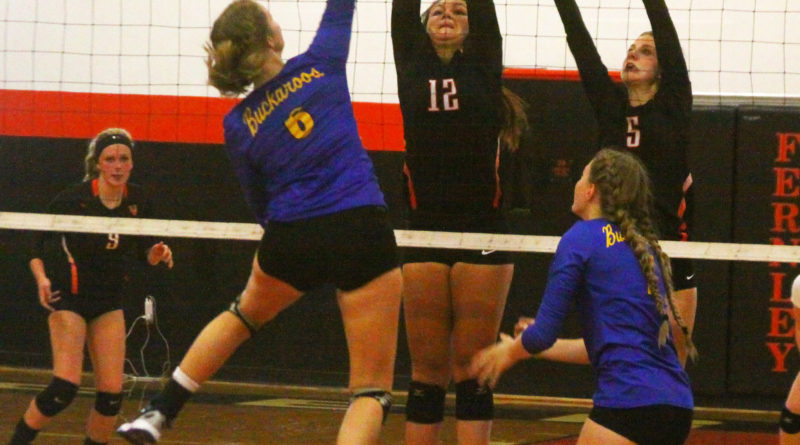 After losing to the league’s top team Wednesday, the Fernley High School volleyball team has the chance to climb the league standings this weekend.

The Vaqueros will travel to play Elko Friday at 6 p.m. and Spring Creek Saturday at noon. Fernley is tied for sixth place in the Northern 3A with Elko with 1-3 records, while Spring Creek is a half game behind them with a 1-4 record.

“I am proud of my girls for last night’s game,” coach Kiara Stone said. “They played really hard. They never gave up or got down on themselves. They played as a team. We need to work on being more consistent. We had a lot of long rallies that did not end in our favor but we kept pushing.”

Correction: An earlier version of this story incorrectly stated that Fernley was hosting Elko and Spring Creek this weekend.