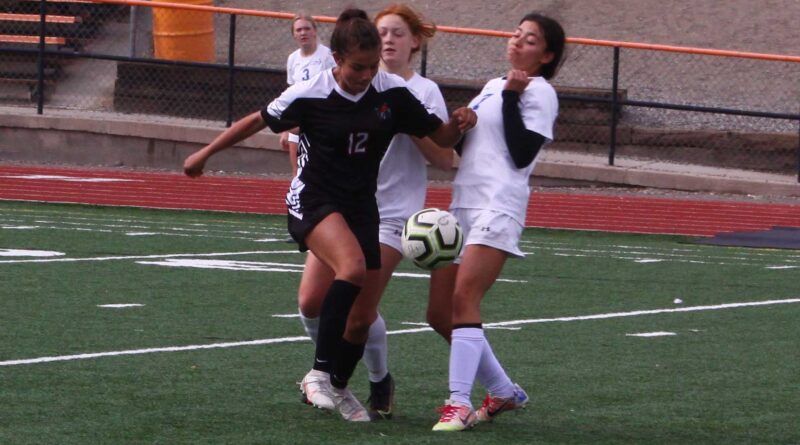 The Fernley High School girls soccer team saved its best for last. In their last home game of the season, the Vaqueros earned their first league win, beating Lowry 3-1.

Aurora Parsons scored two goals, including the go-ahead goal on a penalty kick in the 50th minute to give the Vaqueros a lead they never relinquished.

Parsons scored Fernley’s first goal in the first half, putting the Vaqueros up 1-0, but Lowry’s Britain Backus answered with a goal of her own and the game was tied 1-1 at the half.

But the Vaqueros began to control the middle of the field, giving them and edge in possession. That paid off about 10 minutes into the second half, when Parsons drew a foul 12 yards in front of the goal. Her penalty kick was hard and low, and just out of reach of the Lowry goalie.

About 30 minutes later, the Vaqueros again won a contested ball at midfield. As the ball was booted down toward the Lowry net, Kiriann Johnson outran a Lowry defender, who fell down on the play, leaving Johnson with a breakaway shot that she didn’t miss. That goal made it 3-1, and the Vaqueros were able to hang on defensively the rest of the way.

“We played really well,” coach Tammi Valentine said. “We’ve improved a lot over the past few games and today they played exceptionally well.”