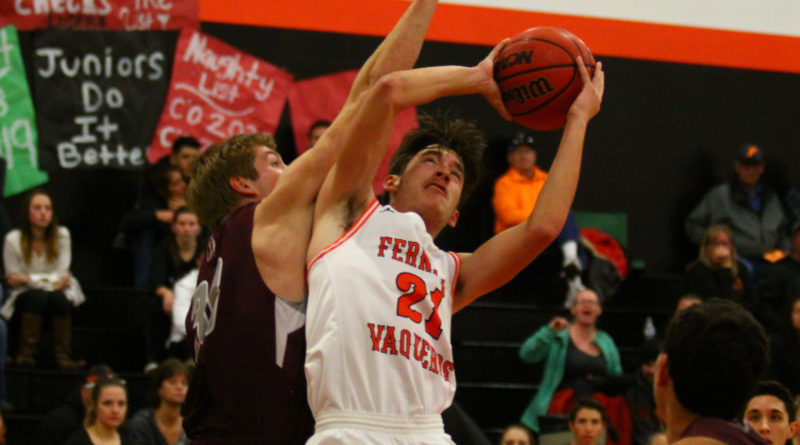 Elko used a 15-0 run bridging the first and second quarters to take control of Friday’s game.

A basket by Russ Ortiz had the Vaqueros within 8-7 with 2:55 left in the first quarter, but the next time Fernley scored, on two free throws by Zach Burns with 5:23 left in t he second quarter, Elko had scored 15 straight points to lead 23-7.

Elko pushed its lead to 21 several times in the third quarter. Fernley scored 11 straight points at the end of the third and start of the fourth quarters to get within 45-35, before Elko pulled away again.

“We need to get better,” coach Derek Miller said. “We have to be able to execute both on offense and defense for four quarters. I didn’t think we started executing until the fourth quarter when we cut a big lead to 8 points.”

Saturday the Vaqueros found the range offensively, but struggled to stop the Spartans.

Fernley led 15-10 after a quarter and 36-28 at the half, pushing the lead to double digits in the third quarter, but Spring Creek stayed within hailing distance until the final minute.

“Happy about our offensive effort today. I am not happy with giving up 67 points,” Miller said. “We struggled from the foul line and missed a lot of layups as well.”

“We need to get a lot better in the coming weeks, especially on the defensive side,” Miller said. “I am happy we won our first league game and look forward to a good week of practice.”

The Vaqueros play just once this week, at Sparks Saturday at 2:30 p.m.