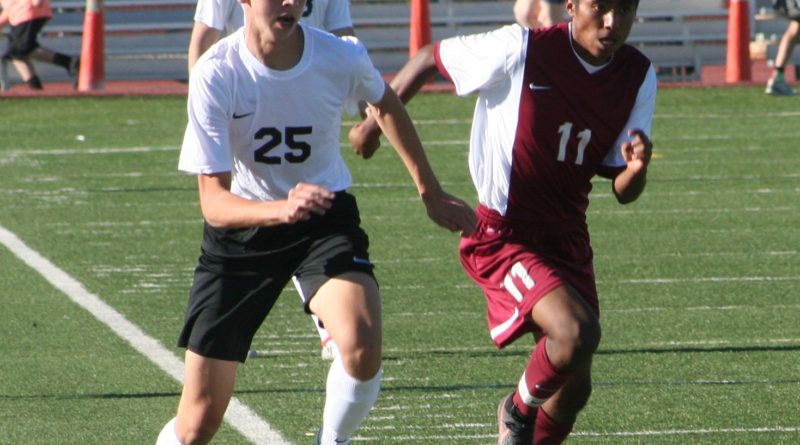 The Fernley High School boys soccer team has broken from the gate with a 3-0 start to sit atop the division standings after the first two weeks of the season.

Kyle Heimbruch booted a shot past the West Wendover goalie from the the right hash mark, 23 yards out in the 37th minute to account for Fernley’s goal against the Wolverines.

The Vaqueros controlled possession for most of the game, but their other best scoring chance came when Sebastian Contreras booted a shot on a direct free kick over the crossbar in the 33rd minute.

“We’ve been practicing on touching the ball,” assistant coach Jose Garcia said. “We need to get possession of ball and we need to take shots.”

Against White Pine, Heimbruch scored twice, once on a shot from the side and the other a header off a corner kick, while Contraras scored once.

“Defense was very solid keeping the game on their side of the field most of the game,” coach Erin Geil said. “Nice work from wings Sam Wright and Sebastian Contreras. We still need some work with midfield and controlling the game.”

This year, the NIAA realignment combined the Northern 2A and 3A into one league, because the 2A did not have enough teams to field a full league. The league was divided into two divisions, with the larger schools in one division and the smaller schools in the league in the other. Incline and North Tahoe have been placed in the larger division because of their recent success in soccer.

Fernley is in the division with Battle Mountain, Dayton, West Wendover, White Pine, Yerington and Whittell, with Lovelock in this league for girls only. Three of the seven teams will make the playoffs, while five teams from the larger division will qualify.