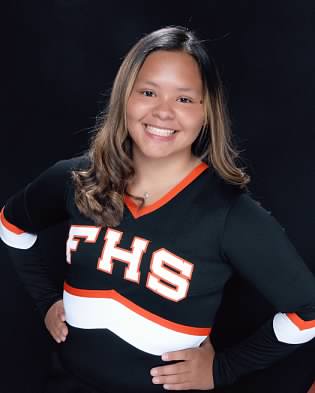 A pair of high-achieving students with even loftier aspirations have earned the honor of speaking to their classmates as the Valedictorian and Salutatorian of the Fernley High School Class of 2021.

Kyara Davis and Shaundrika Cassinelli will lead their class in the Fernley High School Commencement exercises this Friday, June 4 at 7 p.m. on the school’s baseball field.

Because Lyon County opened up fully from Covid-19 restrictions on May 1, there will be no restrictions on spectators. Because it is a large gathering, masks are suggested for all, but not required for fully vaccinated individuals in accordance with state directives.

The daughter of Dennis and Mara Davis and May Yang, Kyara Kajsiab Davis is graduating as the valedictorian of the Fernley High School Class of 2021 with an unweighted grade point average of 3.9 and a weighted GPA of 5.2.

She has been awarded the Battle Born PTA Scholarship and the UNR Presidential Scholarship, and is awaiting word on other scholarships.

Davis was a cheerleader all four of her years at Fernley High and served as a coach for Fernley Youth Cheerleading for three years and also participated in drama for three years.

Because she was a newcomer to Fernley and had to make up some classes, Davis wasn’t able to join the Western Nevada College Jump Start program, so she began taking dual credit courses through Truckee Meadows Community College, and has graduated from TMCC with an Associates of History degree.

She also had to take high school and advanced placement classes at the same time, and she said it was when she began taking college courses that she set the goal of becoming her class valedictorian. 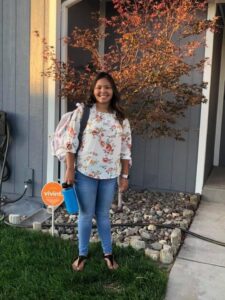 Davis plans to attend the University of Nevada, Reno and major in history and political science, with a minor in Asian studies. She wants to ultimately become a lawyer specializing in family and immigration law.

“I always wanted to help people, and I thought those would be great fields for me to work in,” Davis said.

Davis moved to Fernley in her last month of eighth grade, coming from Reno, where her family had moved from Anchorage, Ak, when she was in sixth grade.

“It’s definitely not what I was used to,” Davis said. “It’s smaller, but a lot closer of a community.” 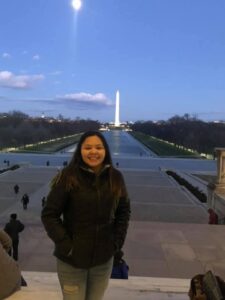 She said the tight-knit community is what she has come to love about Fernley. She especially likes community events such as the 4th of July Parade.

“Cheer always participates in that and it’s fun to interact with the community,” she said.

Still being relatively new, Davis said she was pretty nervous when she started high school.

“But because of cheer, I got to know my teammates and make lifelong friends,” she said.

Davis said she’s always tried to get good grades, and said having strict parents helped in that regard. She also credits AP teacher Teresa McCallum, social studies teacher Patrick Whitehead and Career and Technical Education teacher Tina Cordes as mentors during her time at Fernley High. In addition, she said she had a supportive network of family and friends. 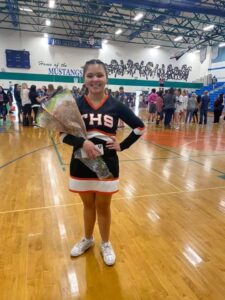 “Most times I push myself to do my best, but when I’m down and discouraged, my parents and friends encourage me to do better,” she said.

Away from school, Davis said she loves to watch movies. McFarland USA, Mean Girls and Legally Blonde are her favorites.

With a busy schedule and challenging classes, Davis said she kept herself organized with lots of to-do lists and effective time management.

“I kind of take time every day to do my work, and when tests come up, making cards and writing notes has been helpful,” she said. “Most times when I face failure, I feel down about it, then I get back up and try harder.” 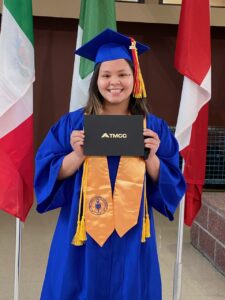 She said her advice for incoming freshmen would be to always try to work hard, but try to have some fun, too.

While last year’s graduates had their senior year interrupted by the Covid pandemic, this year’s seniors have had to deal with an entire year of disruption, including a cohort schedule that had them doing distance learning every other week.

“It’s been pretty tiring and a little hard,” Davis said. “We definitely did have to improvise more. We had to work a lot harder when on distance to keep up.” 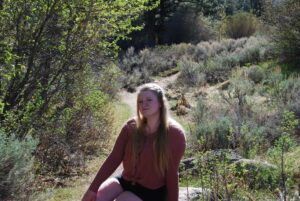 The daughter of Don and Sandy Cassinelli, Shaundrika Georjene Cassinelli is the Salutatorian of the FHS Class of 2021 with an unweighted GPA of 3.9 and a weighted GPA of 4.8. Along with her high school diploma, she is also graduating with an Associates of Science degree through the Western Nevada College Jump Start program and will earn her state CNA license on June 19.

Cassinelli has been a member of the National Honor Society for three years, including as sophomore class secretary, was involved in drama for two years, and on the dance team all four years of high school. She has been in Jump Start for the past two years. 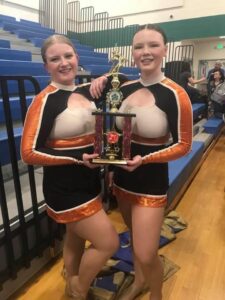 Outside of school, she has done ballet since she was 5 years old and was dance teacher for a year. As a freshman, she earned the Girl Scout Silver Award by creating a book swap at the local Boys & Girls Club at Fernley Intermediate School,

Along with Davis, Cassinelli has been awarded the UNR Presidential Scholarship, and she plans to attend the University of Nevada, Reno to major in neuroscience and take premed courses, with a minor in dance. She intends to become a neurologist and open her own dance studio for lower income kids.

“My grandma was an EMT and I always got the opportunity to work with her at different events, such as the Lantern Fest,” Cassinelli said.

It was while she was in the CNA program that Cassinelli became interested in the central nervous system and treatments, with a particular interest in epilepsy. 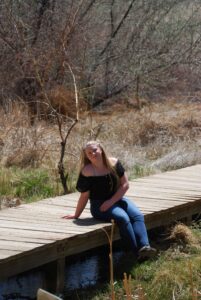 Outside of school, Casinelli’s main interest is dance.

“I came out dancing, pretty much, and I’ve been performing since I was 3, and taken dance classes since I was 5. It’s good for stress relief, discipline and just expressing myself.”

She enjoyed and became very good at ballet, then after realizing she likes choreography, she began to teach dance to other children.

“It can be all kinds of things, through different ways to move,” Cassinelli said. “It’s kind of like talking without speaking. It gives me a lot of ways to deal with anything that happens to me, to create a new dance to let my feelings out and continue on with a clear head.” 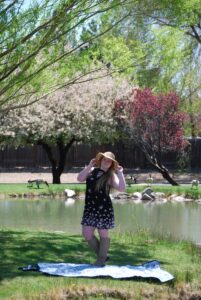 It was actually a rejection in intermediate school that put her on the road to pursuing her dreams, both academically and in dance.

“In fifth grade, I was rejected by the Gifted and Talented program, but in sixth grade, (FIS teacher) Jessie Weller told me that I could make it farther than anyone else in life as long as I was willing to work hard,” Cassinelli said. “It didn’t matter how smart I was then, it matter how smart I was willing to be. After that, my peers identified me as more intelligent and I wanted to prove them right.”

In middle school, she was inspired by dance teacher Jeanette Gillespie to do choreography. Cassinelli credits both Weller and Gillespie for their inspiration, while in high school, she said her mentors have been McCallum and English teacher Tara Ferguson.

“Ferguson helped with dance in putting myself out there more and in reaching outside of Fernley, and McCallum, anytime I needed advice she was there for me,” Cassinelli said.

Cassome;;o describes herself as a perfectionist and said she’s always had a certain level of motivation inside, but said her mom help her through the bumps. She said she kept herself on track by using lots of scheduling, whiteboards, and planners.

“I also have lots of family close by,” she said. “I grew up with an aunt, my grandma and my older brother constantly cheering me on.”

She said her advice to incoming freshmen would be to build a similar support system.

“Get a good group of friends that will cheer on your successes,” Cassinelli said. “Anything you work for you will get, anything you’re not willing to work for, you won’t reach your goals.”

She plans to make her Salutatory speech about perseverance.

“A lot of my life I’ve found that as the common thread in getting what I wanted, and our class, we had perseverance through Covid and everything,” Cassinelli said.

“It was definitely weird to go back and be unfamiliar with high school experiences,” she said. “I met a lot of adults with children my own age, and that definitely showed me a lot of different perspectives on life.”