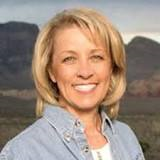 Nevada Secretary of State Barbara Cegavske will be the guest speaker of the next meeting of the Fernley Republican Women, next Tuesday, Feb. 16.

The Fernley Republican Women will hold a combination online/in person membership meeting Tuesday, Feb. 16, from 6:30 p.m. to 8:30 p.m. at the office of FRW 1st Vice President Vida Keller, 1080 Highway 95A, Silver Springs. Those who are unable to attend in person may join via GoToMeeting. To join via GoToMeeting, contact Anita at anitatrone@gmail.com.

Cegavske was elected as Nevada Secretary of State in 2014 and assumed office on Jan. 5, 2015. Cegavske entered public service in 1996 when she was elected to serve in the Nevada Assembly representing Clark County District 5 for three consecutive terms. In 2002, Cegavske ran for and successfully won a state Senate seat for Clark County District 8. She served three full terms before assuming the role of Secretary of State.  Born and raised in Minnesota, Cegavske has been a proud Nevadan since 1976. She has two sons, Adam and Bret, who graduated from UNR and UNLV, respectively, and are raising their own families in Las Vegas. Cegavske and her husband are the proud grandparents of six grandchildren.

The FRW’s Caring for America/Adopt a Soldier Program collects non-perishable foods for the Fernley Food Bank, along with donations of funds and care items for their adopted soldiers. The soldiers need single serving food items, personal care items, and most especially, cards and letters from home.

The Literacy Committee collects new or slightly used children’s books for Bow Wow Books, an organization that teamed up with the Fernley Library. Bow Wow Reading Dogs are non-judgmental certified therapy dogs who listen to children reading aloud. The dog’s handler has been educated on how to help readers learn to read. All contributions for these important programs will be greatly appreciated. Financial contributions can be sent to the FRW at P.O. Box 412, Fernley, Nevada 89408.