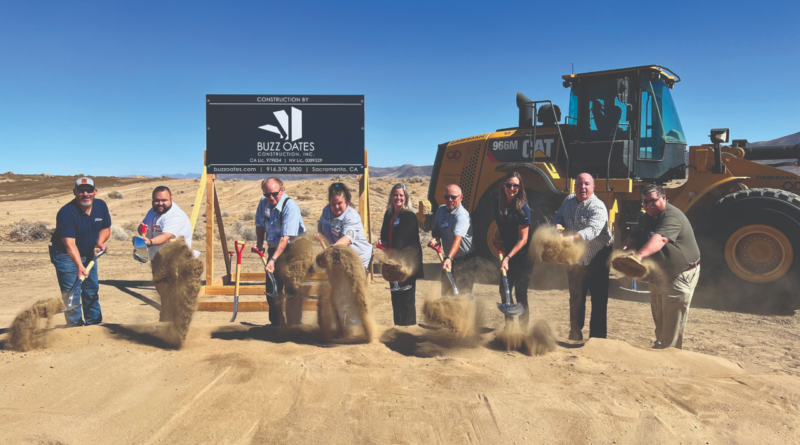 Buzz Oates held a groundbreaking ceremony for their first industrial park in Fernley on Aug. 25, announcing BEARPAW as the tenant for the initial building under construction.

Known as Nevada Commerce Center, this four-building project is over 78-acres and is expected to produce 1,125 jobs for the local area and attract new Fernley residents. The total investment at final build-out is estimated to exceed $150 million-dollars.

“We are very excited about our new BEARPAW, Pawz and Flip Flop Shops DC in Fernley, Nevada and our ‘pawtastic’ partnership with Buzz Oates,” said BEARPAW CEO Thomas A. Romeo.

“We are excited to be proceeding with our project in the City of Fernley, and greatly appreciated the City of Fernley’s assistance in moving this development project forward to reality, said Buzz Oates CIO Kevi Ramos. “Our motto is to invest in and deliver developments that provide individuals, organizations, and communities the opportunities to achieve greater levels of success.”

“Fernley is excited to partner with Buzz Oates. These are the types of public-private partnerships that make Fernley a great place to live, work, and play,” said a statement released by city leadership.

The owner and GC duo have another industrial site currently under construction in Tahoe Reno Industrial Center, expected to complete in 2023.