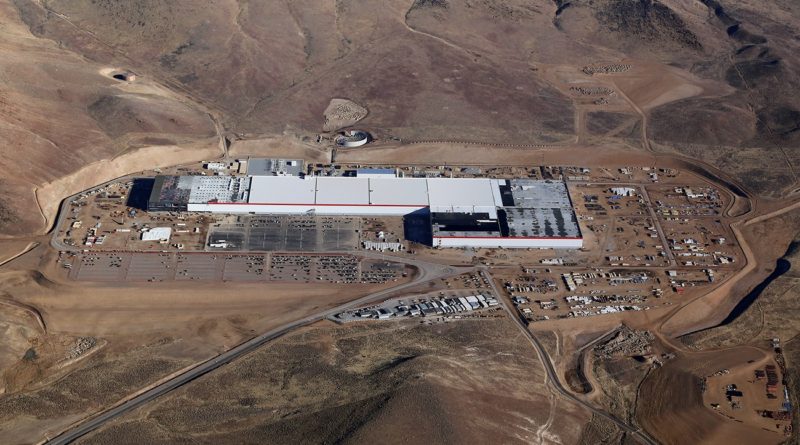 A little-known company focused on the underlying technology behind cryptocurrencies such as Bitcoin has purchased a huge chunk of land at a Northern Nevada industrial park.

Storey County Commissioner and Tahoe-Reno Industrial Center broker Lance Gilman said he closed escrow last week on the sale of 67,125 total acres of land to Blockchains, LLC, a business that studies and develops applications for blockchain distributed ledger technology, the decentralized platform that makes up the backbone of Bitcoin and other cryptocurrencies

Though Gilman said he was prohibited from discussing terms of the sale, which is expected, he said that total value of the 74,000 acres in land sales closed this month at the park, including the sale to Blockchains, was worth about $175 million.

“There’s no question — they’re going to have a major footprint in the Tahoe-Reno Industrial Center,” he said.

But little information is publicly available about the company or its intentions, though Gilman says they now own more than 104 square miles at the industrial park. The land sale was first reported by Nevada Newsmakers.

According to the company’s website, Blockchains, LLC is a “premier innovator” in the blockchain industry, specializing in “financial services, software development of distributed applications (Dapps) for the Ethereum blockchain.” The Ethereum blockchain, similar to Bitcoin, is a distributed public blockchain network, but focuses on running programming code for decentralized applications in the network rather than functioning as a sort of currency (similar to Bitcoin).

Gilman said he wasn’t aware of the company’s full plans, but that it wanted to build a corporate headquarters and software design research center at the industrial park. Gilman, who also owns the nearby Mustang Ranch brothel, said he wasn’t familiar with blockchain technology but was excited about the technology’s potential.

“It has been explained to me that this particular process will revolutionize the globe in a more dramatic way than the internet,” he said.

The website notes that a “newly renovated facility” outside the TRIC will serve as a temporary headquarters during construction of the main campus.

Blockchains, LLC was registered in Nevada in May 2017 by California attorney Jeffrey Berns, a partner at the law firm of Berns Weiss LLP. According to his LinkedIn, Berns has been the president of “Berns Inc.,” which owns the URL Blockchains.com, and states that the company’s plan is to “stay in a somewhat of a stealth mode until approximately second quarter 2018.”

In addition to virtual currencies, Berns Weiss LLP focuses on class-action lawsuits against financial services companies, and has won millions of dollars in settlements against the likes of Ticketmaster, Cisco Systems and Home Loan Center.

Messages to Berns’ law office were not returned Tuesday. Elainia Dufy, a marketing director at Blockchains, LLC, declined to provide more information about the move other than that the company planned to open.

“Information about the company and future plans will be forthcoming,” she said in an email.

The Tahoe-Reno Industrial Center covers over 107,000 acres in rural Storey County, and is home to more than 100 clients and businesses.

Disclosure: Switch has donated to The Nevada Independent. You can view a full list of donors here.