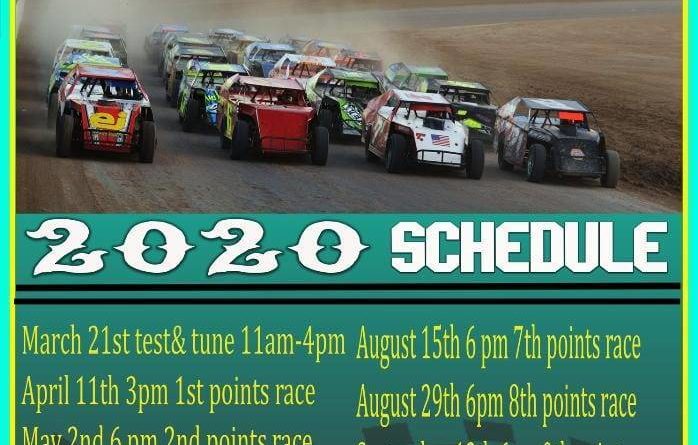 Big changes are coming for what was known as Fernley 95A Speedway. One change is a new name, 95 Motor Sports Complex, another are new owners.

Last year Sam Marson and partner Daniel Blair took over the track. Last week there was a meeting originally for volunteers but it morphed into a much larger gathering.

Daniel Blair, one of the new partners, attended the meeting but Matt Sherman, who ran the oval events this past season explained what is going to happen with regards to the oval track.

“There is money for a facelift and improvements at the facility,” he said. “The new management went through the schedule and changed it so it didn’t conflict with other tracks. There were 14 events but that has been reduced to 10 plus the two-day show at the end of the season.”

Sherman explained they are not only going to improve the oval but are adding a new motocross and a UTV track.

With new equipment on hand one change to the oval is reducing the amount of banking in the turns. Another option is to shape progressive banking.

“Watering the track with the banking is quite a challenge,” Sherman said.

They are also looking at upgrading the safety and there might be new equipment for that crew as well. Several volunteers offered their continuing services for running the gates and other things.

The goal is a facility that can run a mix of events and might even combine something like motocross in the daytime and racing on the oval that evening.

There was a long question and answer session. Many drivers brought up the cost of entry, pit passes for crew members as well as ticket prices for the fans. Another subject is tech inspections and what classes will be racing this year.

All in all it was a meeting that covered a lot of subjects. Many of the concerns will be addressed heading into the 2020 season.

This weekend one new addition, the motocross track, had a soft opening with practice both Saturday and Sunday.

Those sessions are set to continue through the summer and if all goes well the track may be part the BBMX schedule for the fall motocross season. Now area riders will have another Nevada track to practice on not to mention lower fuel prices than those found over in California.

• After the meeting this reporter had a chance to sit down and interview Blair.

He’s a motocross veteran and commentator on the Supercross preliminary show with Jim Holly. Their show tracks practice and qualifying and they interview various riders before the evening when the main part of Supercross happens.

Asked how this all came about Blair said, “I got a phone call from Sam a few months back asking if I’d be interested helping with a project up here. I said of course, he’s a friend of mine and he said he wanted to build a motocross track. He said there was a facility that already had car racing and was capable of handling some of the things size wise that we wanted to do.

“I said okay but was what the ultimate plan, what do you want to do? He says everything.”

That’s what really got Blair’s interest. His background is in motocross, he’s a racer, loves racing people and has friends that race different things.

“So when he said his idea was to take a place what was already established and start adding different elements to a place that already had some tradition, I said what do you want me to do? And that was the start.”

According to Blair it seemed Marson had wanted to do something like this for a while but it just took the right place and time to find it.

“Sometimes things work out that way where the timing just has to be right,” he said. “Sam asked me again if I wanted to be involved and I said well of course, you’re my friend, I’ll help you.”

Since he was going to be involved more than in a friend’s way the next step was to actually see the facility.

“So I drove up here one morning real early, hopped the gate, it was locked, ran around and looked at everything,” he said. “That was the start and it’s been wide open ever since.”

Asked about the sale Blair, said he thinks it was at the end of 2019 and from what he understands it was a smooth process.

“It was where the old owner knew we had great intentions for the place. That was actually part of the process since he wanted to know what the plan was. So we laid out a business plan and what we wanted to do showing what we wanted to turn it into and he was very happy with that,” he said. “And we gave him a guarantee that we were going to treat the place right, invest in it and do right by the area.”

Blair added they feel Northern Nevada is a hot little pocket that nobody as been able to understand and create something valuable.

Both Blair and Marson have different backgrounds they bring to the project.

“His knowledge is a little broader than mine on every thing, he’s done more than I have. Motocross has been my whole life since I was a little kid so I definitely bring a lot of understanding to that side of it but I also have a background in marketing and promotion. I think that’s where I’ll really be able to help bring this place back to life.”

While they have an aggressive game plan both partners realize it will take an investment as well as time to achieve their goal. They want people to show up and leave with a smile.

“You want to get in, have a great and not have wait time. We want to entertain them from the time they get in till the time they leave,” he said. “That’s been the best part of Matt so far as we’ve told him let us know what needs to be done and what do we need to do to build this place up.”

Blair said that he’s going to work with volunteers and the people that have the experience in the area. “Because obviously we want everyone’s opinion on how we can make this place great so tonight was fun for me to get an idea.”

He expressed his satisfaction with meeting as he got a lot of ideas as well as feed back. Now the effort will be on modifying the infrastructure as well as the reset and rebranding the facility.

“I’m very optimistic about the future,” Blair said. “Again I think everything is here to be successful. It’s just going to take starting at the top of our priority list, working our way down and making sure we do everything that’s needed to get this place where we think it can be.”

The ultimate goal is a facility that’s one destination for all types of racing; cars, UTV’s and Motocross.

“We just want people to know there is something going on at the track every weekend. We think that once we get the community all involved they’ll know that people come to Fernley and they’ll want to race.”

One thought on “Big changes coming for Fernley race track”